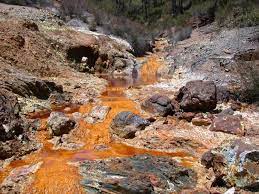 Home Business Social Impact Of Copper Mining On The Environment

Copper mining, similar to other forms of mining, varies substantially from country to country. Unfortunately, world copper mining operations result in health hazards for those living around and working in these mines. On the other hand, copper mining has a considerable impact on economic growth, as copper is a multipurpose metal used in motor car radiators, infrastructure, electrical generators, and much more. Three Valley Copper stock has all the latest updates about the stock prices of copper. This article will discuss some social impacts of copper mining on the environment, including positive and negative effects.

One positive impact of copper mining is that it increases employment rates and encourages employment among the people. It provides the unemployed a chance to work, which promotes the development of new copper mines.

Another positive effect of copper mining is that it invigorates the development of new technology to mine copper. When copper mining starts in a community, it begins to regard the safety of its people and environment, which paves the way for its publics to come up with innovative ideas to improve the environmental state and prevent different diseases arising from the pollution.

In addition, the economy is also significantly affected by copper mining. As copper is used in heating systems, electric devices, and motors for electric wiring, more establishments are encouraged to purchase the metal. A copper mining company like Three Valley Copper produces copper in large amounts.

Sadly, the negative effects of copper mining are more than the positive effects. For instance, the smelting process of copper produces a low concentration of sulfur dioxide in large volumes. Since SO2 is not worth processing to remove sulfur, it is left behind and becomes the cause of acid rain. Acid rain is very harmful to aquatic life and plants, making them suffer and die. Moreover, it also causes buildings and statues made from marbles to rust and eventually break, causing destruction.
Leaching solutions used in the leaching process of copper extraction are typically reused and regenerated over long periods. On permanent or temporary closure, they are dumped as wastes over lands or water, making them polluted. Another major issue related to copper mining is habitat destruction. Vast areas are destroyed during the exploitation and development of mines that belong to the natural habitat, forcing animals to run away from the site.

Additionally, there is a large-scale movement of rocks and nearby land in the underground mining of copper, creating the risk of tunnel and land collapse. Moreover, it releases toxic substances into surrounding water bodies and pollutes them, polluting neighboring water bodies and the mine area. The mining of copper also releases toxic substances into the atmosphere, which can have various impurities, causing severe health problems for the nearby residents and workers.

From the above study, we can conclude that copper mining should be done after taking all the precautions necessary for the environment’s safety or at least far away from residential places to minimize its harmful effect. Since usage and demand for copper are continuously increasing, our best option would be to take maximum precautions.