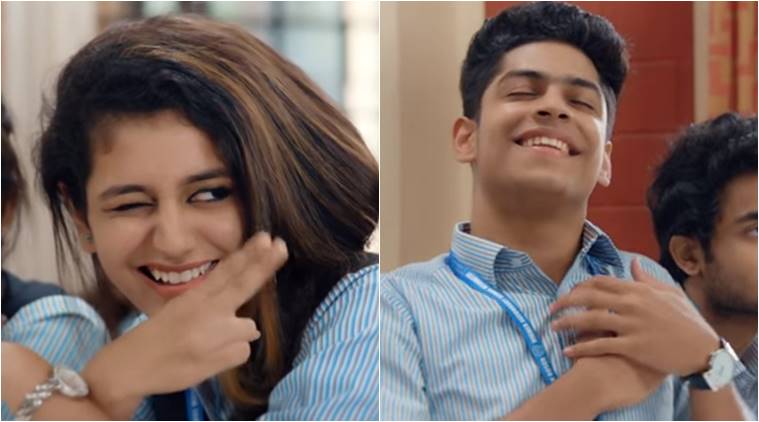 Priya Prakash Varrier is all set to steal hearts again Oru Aadar Love teaser The latest Indian viral sensation, Priya Prakash Varrier, a debutante in Malayalam film industry, has become a rage on social media. While her first video had led to popular memes The girl with a cute wink in now a girl with a gun! If you thought what Priya Prakash Varrier did in the song “Manikya Malaraya Poovi” was cute, then brace yourselves. her new video – teaser of Omar Lulu’s upcoming Malayalam movie Oru Adaar Love – is a must watch. The makers of Malayalam film Oru Adaar Love have released a short teaser in time for Valentine’s day and it has more material to set social media on fire for the next few days. Priya Prakash Varrier shoots a kiss to her pair Roshan Abdul Rahoof using a handgun, making him swoon in delig The teaser of the movie shows the actors, Priya and actor Roshan Abdul Rahoof, who is also making his debut with Oru Adaar Love, in a classroom. Varrier’s expressions in short teaser Oru Adaar Love is an upcoming Malayalam movie written and directed by Omar Lulu, starring a bunch of newcomers. The film’s music director is Shaan Rahman, and his song ‘Manikya Malaraya Poovi’ has crossed 10 million views on youtube all ready created history, which no other song in Mollywood has managed to achieve. The song sung by Vineeth Sreenivasan and composed by Shaan Rahman became popular but it was Priya who stole the show. Oru Adaar Love , girl Priya already broke records on  photo sharing platform Instagram when she gained about 606K followers within a day and the young star has broken the YouTube record as well! Talking about her journey to WION, the 18-year-old actress termed her overnight fame as ‘surreal’, saying she did not expect the magnitude of fame she received instantly. “Didn’t expect it to go viral and reach the international audience,” she said. “The fame is too much for me to handle. All this is surreal, I am still trying to cope with it,” said Priya.She also had a word for her fans. “I am very happy and want to thank everyone for their support. I hope it continues when the movie releases” she said. On her journey, she said she would sign a new film only after her first movie hits cinema halls.]]>