Psychoanalysis, created by Sigmund Freud, plays a prominent role in the treatment of mental disorders and exploration of the unconscious mind.  The Jewish neuropathologist, in collaboration with non-Jewish specialists, initiated a psychoanalytic movement to put light on how people behave as per their unconscious drives. It is a part of psychology that lays the ground for people to comprehend their personalities and explore the hidden impulses in the unconscious. The theories put forward by Freud, revolving around the exploration of the unconscious, psychosexual stages, and dream symbolism, have stirred a revolution in psychology. His analysis, evaluations, studies have innumerable followers who are taking Freud’s theories further.

Out of the hundreds of psychotherapists and psychologists, there is one name that stands out due to the indispensable contributions in the area of psychoanalysis. Fernanda Magallanes, a specialist in psychoanalysis, is studying Freud’s theories in depth. Where on the one hand, she supports his Oedipus theory, she criticizes his theories of heteronormativity. The specialized psychotherapist stands with Karen Horney, Melanie Klein, Julia Kristeva, and Luce Irigaray, most influential women psychanalysts, in their critique to Freud. She is one of the most notable figures in psychoanalysis. She combines psychoanalysis with social, cultural, and philosophical aspects, helping psychoanalysts, cultural theorists, and philosophers better understand the human mind and behavior.

Fernanda Magallanes, a psychoanalyst, has authored two books, including “What does a woman want? The feminine in psychoanalysis” and “Psychoanalysis, the body, and the Oedipal Plot.” Along with her books, she has online publications on some of the most notable online platforms. Her books and online publications are her attempt to take Freud’s theories a step forward. All her work majorly focuses on Oedipus and heteronormativity theory.

What does a woman want? The feminine in psychoanalysis – Helping the World Understand Women Psychology

Published in XXXX, this is Fernanda’s first book that is an invaluable addition to the field of studies on sextation. Her book puts light upon the issue of femininity, a matter that is gaining popularity in the field of psychology and psychoanalysis. She portrays the psychoanalytic conception of women. Her writing in this piece is a representation of Jacques Lacan’s teachings of feminine position. By highlighting the differences between the psychoanalytic and psychopathological perspectives, she talks about the Freudian posture of hysteria. Freud’s Studies of Hysteria revolve around how mental ill-health can impact an individual’s behavior.

The book is an attempt by Fernanda Magallanes to explain to the world which women psychology works. She highlights how trauma and other mental disorders can trigger physical behaviors. It takes the readers into the hidden aspects of femininity by discussing various considerations that play a crucial role in the systematic investigation of the feminine.

Psychoanalysis, the Body and the Oedipal Plot: A Critical Re-Imaging of the Body – Supporting Freud’s Oedipus Theory

Published on 2nd November 2018, Psychoanalysis, the Body and the Oedipal Plot: A Critical Re-Imaging of the Body is another book by Fernanda that majorly focuses on Freud’s Oedipus theory. The theory is about the psychosexual stages of development of humans. According to Freud, baby boys and baby girls get sexually attached to their mothers and fathers, respectively. A boy, aged between 3 to 6, develops hostile feelings for their fathers, while a girl becomes envious and jealous of her mother. Fernanda supports this theory and explains it further.

Moreover, Freud put forward a theory that by the age of five, an individual’s gender is fully formed, and their sexual desires are set. Fernanda criticized this very aspect of Freud’s Oedipus theory. In her book, she highlights new aspects of sexual desires and the formation of genders.

Fernanda Magallanes supports various aspects of Freud’s theory, and she firmly stands against others. Her research has helped her uncover some aspects of gender formation and sexual desires that stand in contradiction to the theories of several notable psychoanalysts.

Born on 14 September 1985 in Mexico City, Fernanda Magallanes is a 34-year-old psychoanalyst. She is a specialist in psychotherapy, who helps patients come out of a variety of different psychological problems. She uses her knowledge, expertise, and skills to treat personality disorders, eating disorders, obsessive-compulsive disorders, psychosis, bulimia nervosa, and chronic depression. The core elements that serve as the focal point of her practice include gender theory, psychoanalysis, and critical thinking. The two people, her mentors, who provided her with a direction, were Judith Butler and Christopher Fynsk.

Being inspired by Sigmund Freud and a passion for pursuing a career in psychotherapy, Farananda Magallanes completed her doctoral degree in Philosophy and Art at European Graduate School. Her dissertation developed a deconstructive theory of psychoanalysis obtaining the highest honorific mentions (Summa Cum Laude). She then completed her bachelor’s degree in psychology from Universidad Iberoamericana. She has been teaching in the department of psychology for six years now. She got her master’s degree in psychoanalysis by the Asociación Psicoanalítica Mexicana, where she graduated with honors with a project on hysteria and feminity. Fernanda completed her residence under the direction of Otto Kernberg at Weill Cornell Hospital. Not only is Fernanda Magallanes known for her work in driving the psychanalytic movement forward, but she defended legal abortion.

Fernanda Magallanes’ research is opening doors to newer horizons in psychoanalysis. She is working to uncover the hidden aspects of femininity while introducing newer understandings about various psychological concepts. Her publications and books put light on the most popular theories of ender formation and sexual desires. She supports her debate against various aspects of Freud’s theory with groundbreaking research, experimental studies, and knowledge. 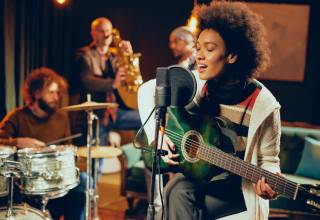 In the past, musicians used to face several problems regarding their music albums. Just … 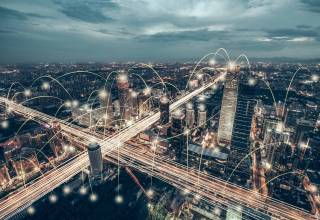 The times are gone when smart cities were just a concept. It all is …