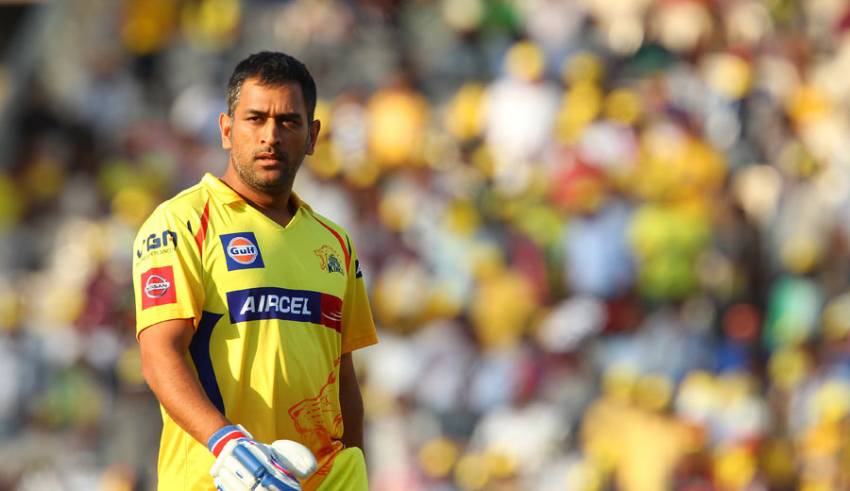 The Indian Premier League’s Governing Council cleared the way for MS Dhoni’s return to Chennai Super Kings by allowing all teams to buy back a maximum of five players at ipl auction 2018.
Effectively, the IPL Governing Council has lifted bn from CSK and Rajasthan Royals, the two franchises which will make a come back to in the 2018 edition of Indian premier league after serving a two-year suspension for alleged spot-fixing and betting in 2015, Dhoni had played for the Rising Pune Supergiants (RPS) in the last two season Indian premier league but now he
can go back to his original team Chennai super king with the decision taken by the IPL Governing Council here. He was CSK’s captain and
csk was doing well under his captaincy at the time of its suspension.

“An IPL Franchise is eligible to secure up to five players by virtue of a combination of Player Retention (Pre Player Auction)
and Right to Match (RTM) During the time of Player Auction,” BCCI Acting Secretary Amitabh Choudhary said in a statement after the
meeting.
“The player pool available for CSK and RR for retention/RTM will be the players’ who played for them respectively in IPL 2015
before the spot-fixing suspension and who were part of RPS and Gujarat Lions squads in IPL 2017,” he added.
RTM refers to a franchise’s right to match the highest bidder for a player it is interested in.
CSK and Rajasthan Royals were suspended owing to the 2013 spot-fixing scandal, and allegedly involved not just players but also
some top officials of the two franchises.

The IPL Governing Council also increase the salary budget of the franchises from Rs 66 crore to Rs 80 crore for the next year’s
auction so they can buy many more top rated players from across the world, ipl auction will take place in February 2018. For
2019 and 2020, the cap will be increased to Rs 82 and Rs 85 crore respectively.
Regarding the rules on retaining players ipl auction 2018, a total of Rs 33 crore from the Rs 80 crore purse will be deducted if three players
are retained by the franchise before the auction.
To further explain the math, the first player to be retained pre-auction will get Rs 15 crore, the second player will get Rs 11
crore and and third Rs seven crore. Therefore, the team that retains all three players will go into the auction with a reduced purse
of Rs 47 crore.
Top players such as Virat Kohli, ab Devillers, Mumbai Indian captain Rohit who turned up for Royal Challengers Bangalore and Mumbai
till this season, will most likely come in the Rs 15 crore bracket as they will be the most sought after by their old teams.
“The minimum spend will be 75 percent of the salary cap for each season,” the BCCI stated.
The minimum auction reserve price of uncapped players has also been raised with the upper limit increased to Rs 40 lakh from Rs
30 lakh.
For the capped players, who were earlier bracketed in the range between Rs 30 lakh to and Rs 40 lakh category, the new base
price will start from Rs 50
lakh and Rs 75 lakh respectively.
IPL chairman Rajiv Shukla said all decisions were taken after discussion with all the Indian premier league teams.
“Almost six out of eight teams wanted about 6 to 8 retentions. In a way, we have found a middle path (with the possibility of buying
back five players through retention or RTM),” said Shukla.
He further said that auction will be held in the last week of January or early February.
On the Rs 550 crore compensation that the court has asked the BCCI to pay to the defunct Kochi Tuskers, Shukla said the matter
will be tabled in the SGM here on December 11