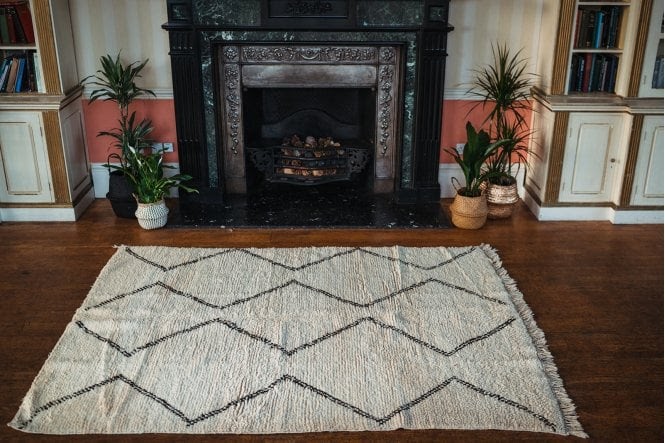 Moroccan rugs have become the ‘it’ rugs to have in homes.  Handwoven by Berber tribes they add an ethnic beauty to contemporary spaces.  They have become an instant trend that most people are dying to purchase, right away. Europeans are deeply enthralled by the beauty of these rugs. Today, Moroccan Rugs in the UK have become one of the incessant needs of each homeowner.

So here is some basic information on Moroccan Rugs and their different types.

Moroccan Rugs are predominantly handmade from wool. There are a few different kinds of Moroccan rugs, namely – Kilim, Beni Ourain, and Boucherouite. Even back in the 1920s and 30s, architects such as Le Corbusier, Marcel Breuer and so on, began exploring the world of Moroccan rugs and started to add Berber rugs into their collections. They were attracted to the minimalist and abstract designs on these rugs and this discovery began the widespread appreciation we now see all over Europe and North America. Before you start searching for ‘Morrocan rugs for sale’, learn about the various types of Moroccan rugs available

These are the four types of Moroccan Rugs that you, as a buyer, should be aware of before purchasing Moroccan rugs in the UK.