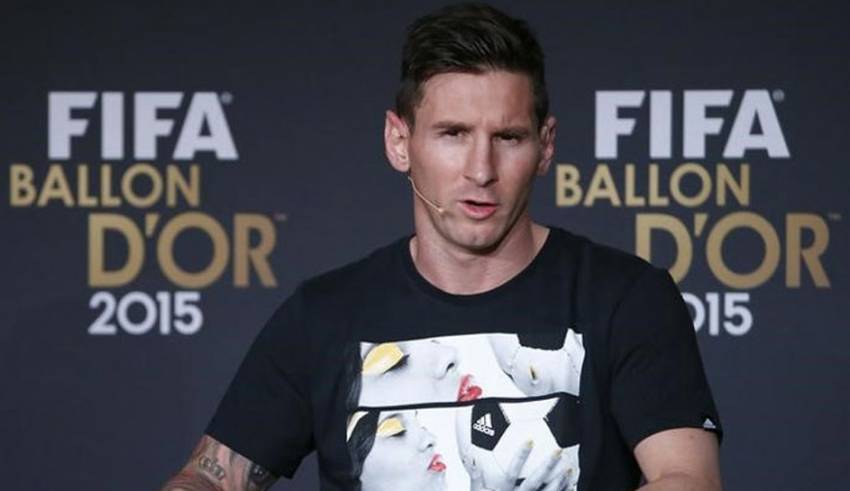 <![CDATA[]]>
<![CDATA[]]>
Home Sports The "wounds" of 2014 will probably never heal, concedes Lionel Messi but the Argentine superstar is hopeful that 2018 will bring with it the World Cup that football " owes" him. ” in one of the interview talking about 2014 world cup memory, he said I don’t know if they are ever going to heal. We are just going to have to live with it. It is going to be there forever. The World Cup is a very happy memory and a bitter one too because of how it ended, how it all worked out. But it’s always going to be there,” Messi said in an interview to ‘FIFA.Com’. Argentina went on to lose a couple of Copa America finals to Chile after that, after that fans and critic started the criticism that Messi has under-achieved with the national team of Argentina. But the football genius silenced his critics by single-handedly guiding an under-performing Argentina team to the 2018 World Cup main draw. After the Albicelestes won a do-or-die clash against Ecuador, riding on a magnificent Messi hat-trick, to make the cut for Russia 2018, coach Jorge Sampaoli went on to say that football owed him a World Cup. Reminded of that statement, Messi came up with a cheeky response. “Yes, I did hear it, and he said it to me too. I hope football does end up paying me!” he said. Speaking about Argentina’s struggling qualifying campaign, Messi shudders to think what he would have done if Argentina football team had not qualified for football world cup . “It was very important for us to qualify football world cup in Russia because missing out on the World Cup in Russia 2018 would have been a huge blow, firstly for the squad as a whole and then for me on a personal level. I don’t know how I would have reacted to it. The same goes for the people of Argentina. not made to make Russia would have been an all-time low for the Argentina country,” he said. Messi said you will see the different Argentine team when it lands in Russia come June for fifa woorld cup 2018 in russia . “We’ve had four competitive matches with a new coach, but the national team’s going to change now that the Ecuador game’s behind us. “It’s going to grow and better and it’s going to get rid of all the tension and fear it felt because of that match and because of the risk of not achieving our objective. The national team’s going to change a lot,” he said. in FIFA world cup 2018 Argentina are in Group D alongside they have team like Iceland, Nigeria and Croatia. They will open their campaign for the June 15 to July 14 event against Iceland on June 16 in Moscow.]]>