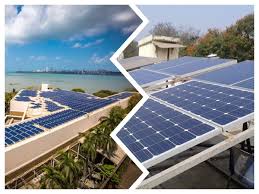 Home technology Top Advantages Of Installing Solar Panels
Have you noticed that solar energy is receiving its popularity? Do you know that the world is taking more attention to burgeoning carbon emissions? There is a significant increase in the number of people who choose to install solar panels in San Francisco on their homes and look for ways to reduce energy costs. By making use of solar panels and installing on your roof, you can save more on your money spent on electricity bills every year and will be less dependent on the power grid.

The major advantage that you can gain from solar energy generation is it does not involve emission of any greenhouse gases. Since solar has been produced through the radiation of the sun which is a natural resource, it is a process of emitting no smoke, gas, or chemicals. Of course, all leading nations are intended to curb emissions and encourage green energy technology in order to meet climate change obligations.

You know well that water is our precious natural resource and there are chances in the future to have the risk of running out of good water. Production of conventional electricity leads to usage of thousands of liters of water every year. Moreover, water is also used in processing and refining fuel, cooling generators, and transportation of fuel through pipes. By producing solar power through panels, you don’t use water resources. The solar photovoltaic cells operation generally doesn’t need water for generating electricity thus decreases the strain on the natural resource. All you need is rain water that normally cleans the panels, that’s all.

These days solar suppliers are becoming massive since the energy is produced from natural sources and people are showing more interest towards a green environment. As you are able to reduce the dependency on finite resources and depend on the natural energy of sunlight, you can lower energy prices, and help in building a stronger and more stable energy future. They deliver you a good deal of return on investments by allowing you to pay for utility bills. You can even use the energy at night times also by storing the additional power you have saved through batteries.

With technological advancements, solar power costs offered by solar suppliers have dropped dramatically. Solar systems require little to no maintenance, which means you are not going to spend considerable money on maintenance. Also, most dealers give you good solar savings plans and financing thus making solar systems more affordable than ever.

Solar energy encourages having self-reliant societies and decentralization in most sunshiny locations. For producing traditional electricity oil, , gas and coal is often used and transported across the country or internationally. This transportation comes with many additional costs that include financial cost, pollution, tax payment and etc. all of these can be avoided by installing solar panels. Obviously, decentralization comes with their limits since specific locations receive more sunlight than other locations.

Solar energy is natural and is the cleanest source. Hence it is an effective way that is more efficient and sustainable for the household. As they don’t use any water, release harmful gases into the earth, and moreover the energy is abundant and, best of all, it is free. Making use of solar energy instead of conventional electricity you reduce the emission of carbon dioxide energy produced from the grid. Generally the energy users play a part in reducing the emission of a half to one tons of carbon dioxide if he uses solar energy for every megawatt-hour of use. With solar systems installed on the homes that are purchased from reliable solar suppliers, people can help for an eco-friendly environment and reduce the carbon footprint of households and play a wonderful role in contributing to the nation’s Renewable Energy Target.

Reduce the dependency on grid energy

By installing solar panel you decrease the possibilities of your dependency on the main energy grid, and also can reduce your power bill. Indeed, with use of solar panels you are able to produce more energy than your needs for running home appliances. How much solar energy you are saving is not going to get waste. If excess energy is produced, it is sent back into the power grid saved for later use or for sale. In most of the states, people are allowed to sell the extra energy produced through the way of sending back to the utility company which is a process termed as net metering, that can decrease your bill much more.

Protect yourself from rising energy costs

Yes, you will need to save yourself from rising utility prices. Power rates for customers have been rising. And utility rates are expected to continue as the cost of fuel for operating power plants also rises.

One of the huge advantages of producing solar power is that you are able to protect yourself against these rising electricity costs. In general, going solar will definitely help people in having a more consistent financial forecast and they will have better ability to manage their utility expenses.

Are you aware of the thing that homes with solar systems tend to have more property values than those who don’t? Studies and experts say that there is evidence for these properties to sell faster than non-solar properties. As these days more homebuyers are showing their interest in installing solar panels and know well of the benefits of solar. Demand for solar panel installed properties will continue to grow.

When it comes to home improvements, proprietors are looking to invest in solar energy as their top priority. As long as you live in that property, you continue to enjoy lower electricity bills. At the moment you decide to sell the home. You can expect increased property value which is truly a wonderful return on investment.

Solar systems are coming a long way in the past decade. They are becoming more efficient than ever, and by choosing professional solar suppliers you can absolutely be able to afford it. 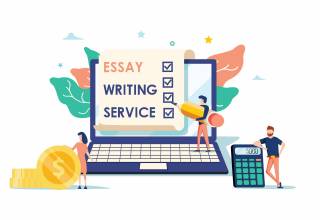 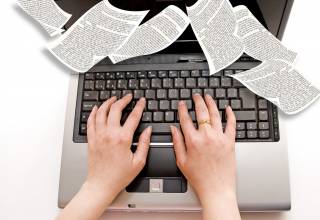