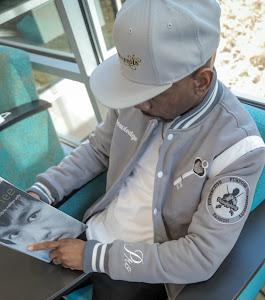 Boxing, also referred to by several other names such as Prizefighting, is one of the more exciting and testing sports. It was exciting as it produced some of the finest fighters who stepped up their game and never looked back. From legendary Muhammad Ali to Sugar Ray Robinson, they enthralled the world with their calculated, powerful punches. Lasting to the last round was a rarity as they would knock their opponents out well before that. Perhaps the greatest era as this sport began in the 60s. As legendary Rocky Marciano and Sugar Ray Robinson called it a day, the sport required a new superstar. During the 60s, a boxer from the United States named Cassius Marcellus Clay Jr. graced the ring. The young fighter was noticed early due to his speed, punching power, agility, and tall claims before every fight. As a loudmouth, he would ridicule his opponents inside and outside the ring.

Clay, who later accepted Islam and changed his name to Muhammad Ali, brought the much-needed impetus and charm to a fast fading game. His lethal weapons were his ability to maneuver across the ring and a quick right jab. He would stroll across the ring like a butterfly and throw a swift jab out of nowhere. The trick toppled his biggest opponents as they were caught off guard. Ali got fame for other reasons and refused induction into the United States armed forces during Vietnam.

Consequently, his license got suspended for three years, and he couldn’t participate in any matches. Despite the odds, the man came back stronger than ever. He continued his winning streak after losing the heavyweight championship title to his archrival Joe Frasier, who later lost it to George Foreman, a young and powerful fighter who rocked the boxing ring. Despite being several years older than Foreman, Ali challenged him for a title match that Foreman accepted. The fight was titled “Rumble in the Jungle” and took place in Congo. The match saw Ali becoming the world champion for the second time in his career. Ali retired as a three time world champion and lost the title to Larry Holmes, who knocked him out.

With the glory days of boxing long over, the sport is still alive and running, but not with the same zeal and interest of its golden era. For the love of Prizefighting, Professor B. Dexterous, a passionate boxing follower and a lover of the fight game, is hopeful that Prizefighting will return to its glory days. Professor Dexterous has plans to revive public interest in the game in his unique way. One of his endeavors includes launching a boxing awareness program that aims to teach amateur boxers all across the country. The program is designed in a way that would help young fighters concentrate on their strengths. It will also allow them to channel their strength and survive.

Professor Dexterous is a qualified, well-versed, passionate personality solely focused on reviving the sport of boxing worldwide. His primary focus is to revive boxing in the U.S., but he has plans to expand his program to other regions. The idea is to ignite the passion for Prizefighting as it once had in the days of glory. Professor B. Dexterous ultimately aims to take the sport to higher levels. He intends to elevate boxing and make it popular again globally. Fighters like Ali, Frasier, and Tyson were famous worldwide and were watched by fans from all nations. Visualizing the good old days, Professor B. Dexterous gets rejuvenated and nostalgic, remembering the first prizefighting match he watched when he was only 7 years old.

Professor Dexterous is no stranger to the sport of Prizefighting. He is referred to as the PRO due to his passion for the sport in Cleveland, Ohio, and abroad. He graduated with a health degree in medical sciences with distinction from Arkansas University. Apart from his passion for Prizefighting, he is equally proficient in academics, as he is open about the career choices he made. He served in the U.S. Air Force for six years and proved his worth as a dedicated professional. Later, he became the first African-American to get board certified nationally and head a General Diagnostic Medical Sonography Department in Arkansas state history. He accepted the designation with pride, as he was the first African American to reach this level. He trained many students in Physics and Instrumentation and Principles of Sonography. A highly decorated U.S Air Force veteran and an educator, he stands as a versatile, patient, and resilient character with the power to turn things around when at will. His credentials were further cemented when he won several notable accolades during the United States Air Force tenure. His commitment to excellence earned him a nomination for Ten Outstanding Young Americans award.

BOXING IS ABOUT DEFENDING

Dexterous is devoted to his family and takes tremendous pride in raising his sons. Having suffered school era bullying firsthand, he wishes his children must not suffer the same. His rough background and military training during his Air Force days helped him learn the art and science of self-defense as a doctrine.

An organized, collective defense is the centerpiece of his boxing program, though the program has other aspects to it as well. When combined with a strategic offensive attack, the fighter can effectively use these techniques to dominate their opponents. His work with younger boxers is about training and motivating them to stand firm against the toughest challenges.