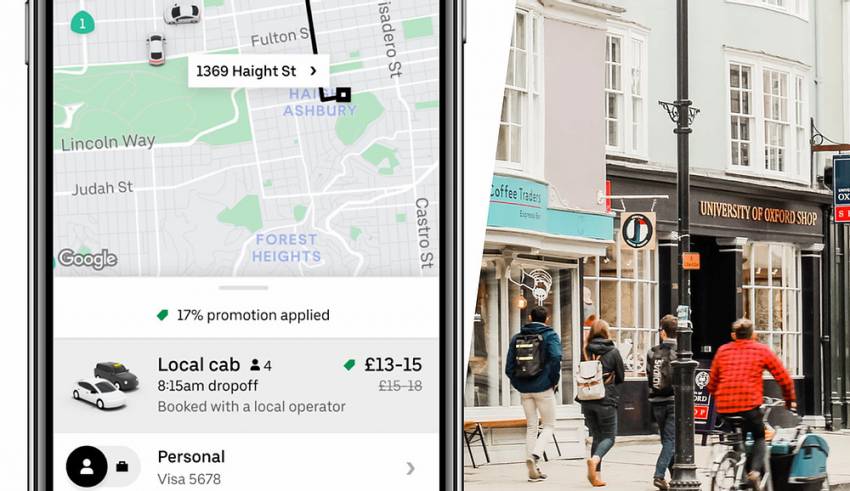 Taxi-hailing heavyweight Uber has today announced that Exeter will be the latest city to pilot their new product, ‘Local Cab’. The Local Cab product will allow passengers in the city to book trips with 2 local taxi firms through the Uber app.

Anyone using the Uber app in the Exeter area will see the new ‘Local Cab’ option which connects passengers with local taxi firms, Need-A-Cab and Apple Central Taxis.

Despite the Uber app being used as many as 25,000 times per month in Exeter, passengers haven’t been able to book a taxi via the Uber app previously.

To try to meet this demand, and allow the use of the app beyond the listed 40 towns and cities that Uber currently operate in in the UK, Uber is now working with local operators across the country.

On 20th May, Uber released the first beta of ‘Local Cab’ option down in Plymout, which connected passengers to the local taxi firm Need-A-Cab. Since then, Local Cab has now launched in Oxford too.

Uber’s app will fully integrate with Autocab’s iGo network, which the firm strongly believes has the potential to bring passengers together with over 80,000 private hire and taxi Hull drivers throughout the UK. The Oxford pilot scheme is the 2nd time the 2 tech companies have partnered up since Uber first reached their agreement to purchase Autocab back in August 2020.

Steve Screach, GM at Apple Centre Taxis, says: “We are absolutely delighted to be 1 of the very first operators in the UK able to pilot ‘Local Cab.’ This gives the residents of Exeter another great way to book with either Apple Central Taxis or Need-A-Cab Exeter.”

Dave McIntyre, Director at Need-A-Cab Exeter, said: “Anyone who visits Exeter, whom already use the Uber app, can now find it so much easier to book a taxi ride with a local operator. With the significant boost in passenger numbers, we’re now looking to welcome any new drivers to our company.”

Ashley Kebriti, UK GM, Uber, says: “Each month, we see 1000s of people in cities and towns throughout the UK where we don’t operate currently, open up the Uber app and try to book a trip. By launching this pilot scheme of Local Cab in the Exeter area is a truly exciting first step in bring these riders together with local taxi operators, so that one day the Uber app as a whole can be used anywhere in the UK.”