What makes Bangalore the IT hub of India?

Bangalore is a major IT hub for prospective candidates to excel in their areas of interest. Just like Silicon Valley, the mega IT hub in the United States, Bangalore has been named as the Silicon Valley of India.

With the advent of the internet-based MNCs (at the early phase of the 21st century) in Bangalore, IT jobs escalated at an enormous rate. From domestic to regional to international multinationals, every businessman has established their branch in the IT hub of India.

Not just the IT companies found a resort in Bangalore but more than 20 percent of India’s public sector and private sector were situated in Bangalore. Some IT companies stationed in Bangalore have been designated special spots namely., Software Technology Park of India (STPI),  International Tech Park of Bangalore (ITPB) and Electronics City.

Jobs in Bangalore augmented every month. New companies arrived at the hub with their agendas that in turn served to be an opportunity for the youth. Development in Bangalore seemed to be a cake walk as and when companies stepped in the IT landscape. This enabled the prospective and talented candidates to find the best jobs in Bangalore.

Effect of COVID-19 Lockdown on the IT industries of Bangalore 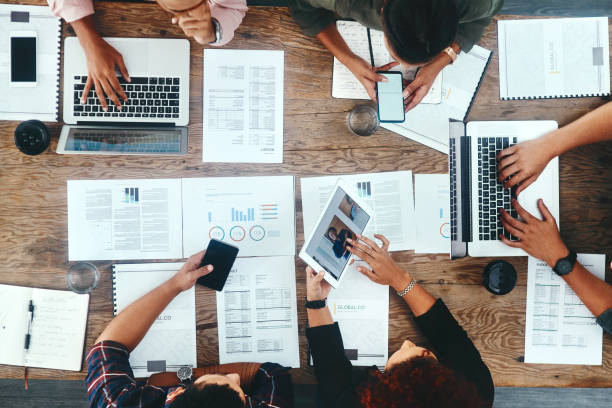 Reputed companies are also drifting away from Bangalore to establish their branches.

Financial crisis, abatement of orders by customers/ clients, dip in demands and supplies were the most considerable factors that affected jobs in Bangalore during this pandemic times. Most importantly, in order to maintain the available funds and resources in a judicious way, several companies had run through periodic layoffs just after pan-India lockdown was imposed.

This was one of the most unsought challenges faced by the IT hub in Bangalore. Since jobs in Bangalore had no major scope after lockdown, the work-from-home feature commenced with an immediate effect. Despite a ceaseless chain of business activities carried day in and day out, the companies received less profits, but incurred more losses in the blank year of 2020.

In a report published by the New Indian Express (TNIE) in July 2020, industries in Bangalore faced a major backlash due to the unprecedented COVID-19 situation.

Jobs in Bangalore became a luxury, especially the IT sector faced major changes throughout the initial pandemic induced lockdown phase.

Some impact of COVID-19 ramifications faced by the IT sector are as follows:

Abhilash Subash, the CEO of Urolime Technologies, a software IT enterprise in Infopark, talked about some issues faced despite following the WFH norms. He said, “The general scenario remains tough for companies as the vast majority of clients are from countries that have been adversely affected by the pandemic. There has been a slowdown in the acquisition and onboarding of new clients and projects. There has also been a decline in spending which has brought down the value of projects.”

Whereas there are some companies who were able to adopt this setup quite easily. They termed it to be an interesting way to “gain traction”. “Companies using their presence in certain markets to promote others’ products is a mutually advantageous set-up,” averred Josemone K K, CEO at Grandtrust InfoTech Private Limited.

The IT sector jobs in Bangalore had to mold itself in new forms to establish its dominance yet again in the world market. Pertaining to the market conditions it became difficult for the companies to gear up operations in full force.

Initially several cost cutting measures saved the economic stance of some companies while some drowned into debts. However, as per the changing times, many online sites have shown up in the phase of crisis. The curated websites and mobile applications helped several people to find a source of employment amidst the hopelessness and anxiety.