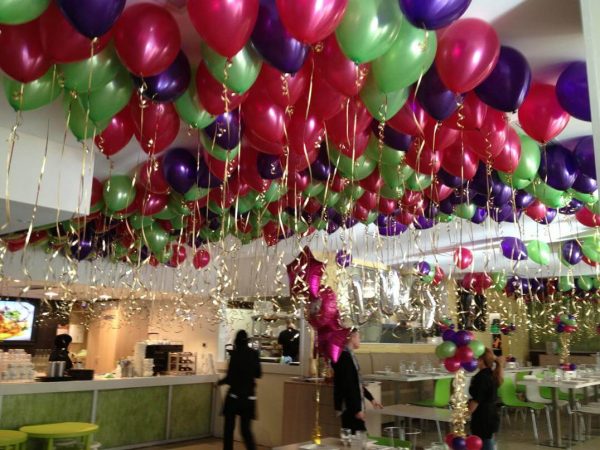 Balloons are a cheap, colourful and attractive way to dress up birthday parties. A balloon refers to a flexible bag which can be inflated with gas like air, oxygen, nitrous oxide, hydrogen or helium. Other specialities include balloons filled with light sources, granular media, liquid water, or smoke.

Modern balloons are made of materials like nylon fabric, polychloroprene, latex, or rubber. They come in an array of colours. The gas balloon may be used for entertaining or decorative purposes. But there are other practical uses for balloons like transportation, meteorology, military defence, and medical treatment. The properties of balloons like low cost and low density have led to several applications.

Balloons have come a long way. Michael Faraday created the first balloon made of rubber in 1824 while experimenting with gases like hydrogen. The next year, a British inventor named Thomas Hancock began selling kits for making balloons. By 1847, entrepreneurs in Britain began selling tougher and more elastic balloons made of vulcanized rubber. Ever since, there was no looking back. With the invention of foil balloons in the 1970s, recreational balloons began to flourish.

Balloons are now commonplace in birthday parties. Children’s birthday parties are fun to host. The first element for such parties is food and drinks. Plain water, colas, and fruit juices would suit kids while attending adults would need something alcoholic. Apart from these, the centre stage would be occupied by the birthday cake. The birthday bash would also be incomplete without blowing of candles.

You can arrange for different kinds of party favours ranging from balloons to snacks. If you are short of funds, use favours made of inexpensive items that are bright and colourful. The next consideration is party props. Common party props include party hats, streamers, and confetti. The choice of party favours and party props will depend on the party theme.

Birthday balloons are nearly mandatory for children’s birthday bashes. Kids love balloons, and party venues could be boring and incomplete without them.

There are two kinds of birthday balloons. The first kind, made of regular elastic and found in many colours, is inexpensive and can be blown by mouth as a DIY project. These also come in various shapes, apart from the common oval and round ones. These are also popular as birthday favours.

The second type is foil balloons. In case you are seeking balloons, which you can write or paint on, you need to go in for foil balloons. Such balloons may, however, be more expensive. They are coated with shiny materials, and you can imprint them with custom designs or wishes. Because of their cost, they are typically used only for decoration and not for party favours.

For brightening up a party, you can imprint custom messages on birthday balloons like ‘Happy Birthday,’ ‘You are (Age),’ ‘We Love You,” etc.

Balloons can be personalized from the store you are buying from or from online stores. After arranging a venue for your kid’s birthday party, you cannot afford to neglect party décor as important as balloons. They are so much fun and special eye-candy for the kids. They can be made into works of art if you get creative. Balloons provide a photo-finish for party venues.

You can find foil balloons in the market to grace the joyful occasion of celebrating the baby and its mother in a baby shower. They are usually imprinted with beautiful icons like hearts, teddy bears, and baby boys, or baby girls. Sometimes they come in animal shapes like kitten or puppies. Though the toddler will never remember the occasion, baby shower balloons are excellent souvenirs for the parents.

Thus, balloons are excellent décor for kid’s birthday parties or special occasions like baby showers. They provide an extra zing to any celebration.

Jammu and Kashmir, brimming with excellent valleys and treks, is a charming spot to hinder…