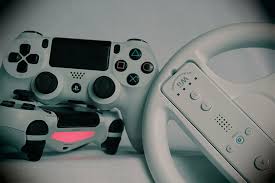 In this age of digital world, there are millions of users throughout the world who use daily smart phones and different types of digital devices. People are now a days using their smartphones to use Facebook, YouTube and even they shop online. Daily millions of items are purchased by people like clothes, shoes, smartphones, beauty products and many more digitally. Millions of people love to play games using different types of devices. But now they are using advanced phones to play on them.

On other hand many popular brands of smartphones in the world are producing special editions for gaming. Due to their best game play and advanced features many people use them to play different types of popular games on them.

Fast internet connection is also playing a vital role behind great usage of smartphones and online gaming. Yes, it is true that millions of people have their YouTube channels and they play live games which are easily watched by millions of their followers throughout the world.

Throughout the world different people organised online gaming tournaments. People from different areas of the whole globe take part in these types of tournament. These are widely watch by millions of people all around the globe. Great interest of teenagers in video gaming is making it highly popular and million-dollar industry. Although, the advancement in the latest mobile technology and fastest internet is the big reason behind playing of video games on smartphones and moreover millions of users love to watch online streaming.

Because of these factors many video games have adopted this is a profession.  More importantly, video gaming industry also requires some types of specialist like game designers’ animators and other artists which play a very vital role in generating new versions of different latest mobile and video games. Following jobs relate with the video gaming industry.

Those who are interested to make video game as a profession love to become video game designer. Basically, video game designer gave the initial and main concept about any game. Their main job is to provide the main story and characters including in the game. Collaborating with the other members of the team like programmer’s audio engineer and artist they developed the most advanced and unique games.