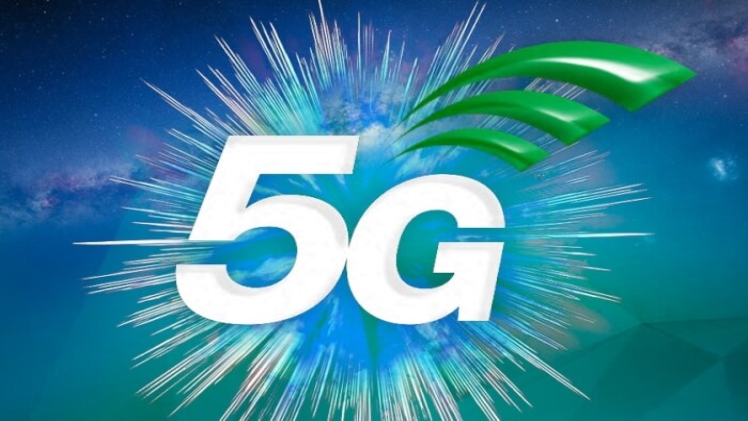 Home technology What is 5G? – Everything you need to know about the new network

What exactly is 5G?

Strictly speaking, 5G is a set of technical ground rules that govern the operation of mobile networks, including the radio frequencies used and how the various components, such as computer chips and antennas, handle radio signals and data transmission.

Since the first mobile phones appeared in the 1970s, engineers from several companies have come together to agree on new specifications for their networks, to which a new generation of technology is designated about every ten years. To take advantage of the opportunities offered by 5G, users will have to purchase new mobile phones and service providers will need to install new transmission equipment to provide faster service to their subscribers.

How fast will 5G be?

The answer depends on where you live, what wireless services you use, and when you decide to immerse yourself in the world of 5G.

Qualcomm said they could achieve a maximum download speed of 4.5 gigabits, but the initial median speed was approx. 1.4 gigabits are predicted. This is roughly 20 times faster than the current 4G.

5G speeds will be noticeable in every action that requires high capacity data transfer such as online live activities but mainly in multiplayer games. This includes games like PUBG, live online casino games. But other than this it will be useful for live video chat and streaming. The possibility of this high-data transfer can open up the doors for 3D technologies. But also, it will be useful for everyday programs such as higher download rates and high-quality video streaming. And at the median speed set by Qualcomm, it would take an average movie to download in 17 seconds, compared to the current six minutes.

“Instead of having to download a season of our favorite series before leaving for the airport, we’ll be able to do that while queuing for takeoff,” said Justin Denison, a Samsung senior vice president.

When will 5G arrive?

AT&T has already switched to 5G mobile in 12 cities, with 7 more in the initial plan. But smartphones are not yet ready to use 5G networks. Thus, AT&T will initially sell a hotspot device made by Netgear that can share a broadband wireless connection with nearby devices using Wi-Fi.

Andre Fuetsch, president and chief technology officer of AT&T Labs, said Samsung smartphones capable of using the AT&T 5G network will be available in the first half of 2019.

Verizon is already selling a 5G-labeled service – their own version – to provide wireless Internet access in limited parts of Houston, Indianapolis, Los Angeles, and Sacramento. The service provider predicts that it will start serving smartphone users in the first half of 2019, but without mentioning specific cities or dates.

Sprint said it might turn on 5G for smartphones in 2019, with nine U.S. cities in the initial plan. Its future merging partner, T-Mobile, has highlighted a nationwide launch in 2020, but it has also been announced that devices will be installed in 30 cities that will be ready for the arrival of the 5G smartphones that appeared in 2019.

The countries that are expected to follow the United States include Britain, Germany, Switzerland, China, South Korea, and Australia, according to a timetable compiled by Qualcomm.

5G effects on the market

It affects almost every market that revolves around the idea of ​​digitization today and data moves, but mainly where robots, machine intelligence, or sensors work, but also over smart security cameras that analyze motion pictures (e.g., left-behind packages or face-identified patrolled people, problematic license plates).

5G can also transform robotics (both hardware and software robots), through fast data transfer, in addition to Siri ticking in the server room and data center and Artificial Intelligence (AI). On the other hand, AI will go places with the 5G. Besides AI 5G will affect these industries as well on the market:  The stock exchange trading, because the algorithms and robots may accelerate even more. 3G and 4G will become cheaper because of 5G, smart mobile use will intensify even more in Africa and other underdeveloped areas and hundreds of millions more will be able to integrate even more easily into the consumer society. We still know well today that, for example, someone who has a smartphone in Africa will immediately have a bank or bank card. And last but not least everything from a hypermarket outlet with sensors, an important TV event, a sports field (Formula 1, football, basketball, etc., etc.) or even a TV studio (reality shows either) can take entertainment to a whole new level. Although it can be more of a good addition, maybe consumer feedback, targeting can be more accurate, because it all works on 4G, it’s just not used much yet.

Will consumers see all the benefits of 5G?

Verizon and AT&T will launch their 5G offerings by switching to high-frequency waves, also known as the “ millimeter wave ”. Using this will allow high-speed data transfer, but the signals will not get that far. Thus, these two providers are expected to target densely populated areas for the first time – “parts or pockets” of the city.

Sprint and T-Mobile, on the other hand, are planning at a lower frequency. This may result in a slightly slower initial speed, but in return, they can provide a wider range of availability.

So should I buy a smartphone that can handle a 5G connection now?

There are many things to consider. For example, because Verizon and AT&T plan to introduce lower-frequency 5G services at a later date, the first 5G devices may not work with that part of the network. So access to 5G signals still remains limited for those devices. Also, companies are working to implement the 5G capability in their chipset, because it gives them better power handling rather than having a different piece as an antenna.

And lastly, how is the 5G coverage in your city? If there is non to very less, you shouldn’t consider buying a 5G phone jet. So be patient.