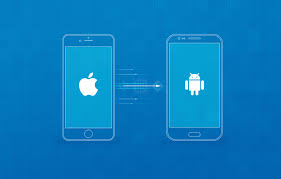 iOS offers a stable and secure platform for app developers. However, if they only focus on the iOS platform, they will lose a huge size of the market on the Android side. We have to admit that many people prefer to use an Android device. It’s cheaper and easy to use. This is the reason why an app must be available for both OS. If you have already made for iOS, you may need to convert ios to android for your app version.

The Benefits of iOS to Android Converting

The first and visible benefit is reaching a wider market. As we explain above, most people these days use an Android device for their daily activities. Furthermore, if you compare the number of downloads on Google PlayStore and the AppStore, you can easily see that PlayStore has more downloads. It means the app in the Android version also has a bigger chance to be used by more people.

With a wider market within your reach, you also will make more money from it. Moreover, Google PlayStore also offers many features that can’t be found on the AppStore. It can stimulate the development of a new feature for your app.

The Challenge of iOS to Android Converting Process

Both OS use different programming platforms to build the app. The iOS app mostly uses Swift or Objective-C. On the other hand, the Android app mostly uses Java or Kotlin. They are using different methods to arrange the codes. So, we can’t just convert it like that. If you want to convert ios to android, you also need to build the code to match the platform for Android. And, it also could mean you need to build the code from the beginning. It is similar to building an app from scratch.

Re-building the code could take a lot of time. Some experts predict that you will need at least 15 to 18 weeks on average. And, this is only the beginning. You still need to adjust many other things, such as the design of the icon, layout, and others to match the Android device. You also need to test the app to match the Android version as well as the device size.

With so many things to do, it also can increase the cost you need to spend to migrate the app. In many cases, you even need to spend a similar and even bigger amount of money as when you built your iOS app. This is the reason why you should choose the correct team or third-party to help you with the migration. They won’t only help you to convert smoothly. But, you also can save more money.

Now, what are you going to do? If you still hesitate, we recommend you to throw that away and continue your converting project. Just imagine how much money you can get from marketing your app to a bigger market of Android users. If it feels expensive and takes a lot of time, just see it as an investment. Guaranteed, your effort to convert ios to android will bring you nothing but good things.