Skin is one of the most vital organs of the human body. As such, it is important to ensure that it is functioning well. Even though this desire cuts across the board, the reality is that our skin is not immune to diseases and conditions that end up affecting us. Repeatedly, you will find people seeking the services of a dermatologist to help them deal with one condition or the other. One of the most common conditions affecting our skin is allergic reactions.

Allergic reactions tend to occur when the body’s immune system overreacts or acts against harmless substances, known as allergens. The primary function of the immune system is to protect the body against viruses, infections, and diseases; in some people, the immune system goes beyond that function. As a result, it recognizes as dangerous some substances such as particular foods, latex, flax, mold, dust, and pollen, among many. Upon this realization, the body starts generating antibodies with immunoglobulin. These antibodies move with speed to the cells of our body and the release of these chemicals leads to the manifestation of allergic reactions. Though symptoms associated with allergic reactions tend to differ from one person to another, in most cases, they affect the skin. Some of the common signs associated with allergic reactions include itchiness, bumpiness, skin blistering, and redness.

The first time it happens, people rarely identify these symptoms as an allergic reaction. It takes the intervention of an expert to spot an allergy. This leads to the question, how can one handle allergic reactions? There are several ways to put an end to these annoying symptoms. Even though one of them revolves around identifying allergens and avoiding them, the most effective way is conducting a test. The Landproof skin testing helps to check what causes allergies in your body. Doctors use this test to help you know how to deal with skin allergies when they arise.

What does a skin test entail?

When conducting a skin test, doctors typically use three different techniques to detect allergens that react with your skin. These techniques include the scratch test, the intradermal test, and the patch test. In this article, we are going to focus on the patch test, as one of the most effective ways of handling allergens.

What is a Landproof skin patch test?

A skin patch test is a term used when referring to a skin testing technique that involves the use of a patch. Doctors stick the patch either on your back or on your arm. During this test, doctors or dermatologists place several substances on the skin and tape them in place. They later leave the patches on the skin for two days. After this, dermatologist test the areas where they had placed the patch. This usually takes approximately 2 to 4 days.

What do you have to do when preparing for the test?

When preparing for this test, you need to get your skin ready. This encompasses avoiding exposure to the sun for a period of approximately 1 to 2 weeks before conducting the analysis. You should avoid taking medicines or other products, like lotions and ointments on the regions where the dermatologist is going to place the patches. These areas are your back or your hands. If you are on a prescriptive medication, you can use it on areas that do not have any association with the patch tests. One can use moisturizers until the day before the patch test. In the case of testing a child who is on antihistamines, there is no problem. The child can continue to take the medications before, during, and even after the test.

What happens after patching the skin?

You must ensure that the areas marked by the patch remain dry throughout the entire testing period. Never apply anything on these areas. As such, avoid moisturizers, soaps, and all types of lotions and ointments. Though at times, one may feel like scratching, it is highly discouraged because it might loosen or even remove the patches. Moreover, make sure that you don’t expose patched areas to sunlight. To regulate sweating, keep away from hot areas and any sort of activities that may trigger sweating.

Dermatologists recommend nurses remove the patches after two days. Typically, nurses remove the patches and re-mark the areas. They check the areas to find out whether there are any signs of an allergic reaction. If signs of rashes appear, the dermatologist will go ahead to initiate other tests and investigate the presence of skin-related allergies. During this phase, you should do your best to keep the skin dry. If the patch falls away from the skin, be sure to inform your doctor immediately.

What are the benefits of skin patch tests?

Skin patch tests are one of the most convenient ways to help patients determine whether they are allergic to certain substances or not. Because they are comprehensive, skin patch testing techniques can detect various allergens. As such, they are more extensive compared to traditional tests.

Skin patch tests are non-invasive and straightforward. This makes it easy to conduct these tests on adults. However, the nature of requirements associated with these conditions calls for attention when testing children. In spite of everything, they are safe and reliable. Once you know the cause of the rash, it is easy to rule out other dermatological conditions. Actually, this test helps to deal with any form of anxiety associated with your skin conditions. 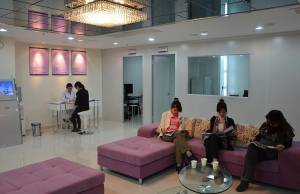 Compared to other traditional approaches, most insurance policies cover these tests. As such, it is a convenient way to deal with problems arising from allergic skin reactions.

Only licensed dermatologists are allowed to perform this test, so companies cannot complete the test on their own. As a result, this test provides accurate and well-interpreted results.

In conclusion, Landproof skin patch tests do not only liberate, but they also bring skin-related allergies into a more reasonable perspective. Without using invasive or complicated procedures, this technique provides one of the most efficient ways of addressing this problem.

Voeep Electric Longboard Is The Most Cost-Effective Skateboard

Top 5 Jobs For Graphic Designers Fresh Out Of College

Read This Before Considering A Kitchen Renovation

How to organize your attic storage with plastic crates?