The class-apart artist of all time, Vincent Van Gogh is known for his bright colors, vivid palette, and shiny paintings. But, to a lesser-known fact, he didn’t start his artistic journey with pop colors. Halfway through 1885, Van Gogh’s paintings were compacted to color paintings inspired by Dutch artists.

His artworks are used as an epitome to express mood and emotion through colors. But, what led this artistic caliber to get so fine with colors, contrast, and its applications. He, of course, had creative wit since childhood, but his inventive creativity took several roads to finesse the color play.

Dive into the segment to know more about this curious shift from dark to light in Vincent Van Gogh’s paintings. It clearly explains his colorful caliber from his initial to final painting styles.

The Study of Colors

Van Gogh took painting lessons with Anton Mauve, an artist from The Hague. Anton restricted himself to gray and blue tones for his artworks. But not just him. Most dutch artists of the time painted tonally. Budding as an artist, Vincent also started painting in the same sense.

When he began his lessons with Mauve, Van Gogh developed a deep feeling for color. He employed his paintings with oil paints from the beginning of his artistic career. The 1885 artwork Bobbin Winder by Vincent is a classic example of tone-on-tone creativity. It is a tonal painting centered on light and dark variations using a single color. He used distinct blue-green tones in this still life of a yarn winder. 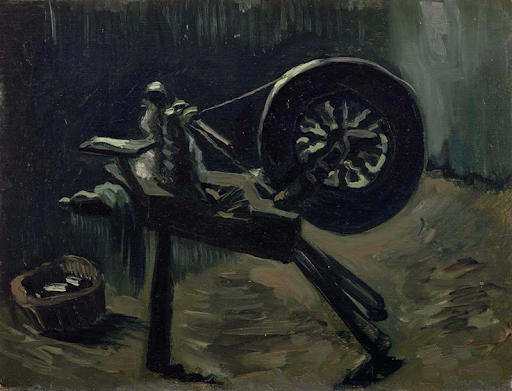 Intrigued to grasp more about colors, he referred to many books on color theory. As a result, he learned the complimentary use of colors, red and green, blue and orange, yellow and purple, and others that intensify each other when applied in combinations. However, what Vincent studied till now was theoretical and was yet to be practiced practically.

Use of Colors by Vincent Van Gogh

When Vincent tried his hands-on complementary colors, he continually mixed them, which turned into muddy tones. As a result, through the artwork of Vincent Van Gogh you can always feel the similarity to other Dutch counterparts painted with contrasting natural gray and brown shades.

In 1885, Van Gogh painted The Potato Eaters, through which he conveyed the reality of the harsh rural existence of the peasants by painting both the potatoes and the peasants in the same shades. The heads of the potatoes were colored like something dusty and illustrated unpeeled. 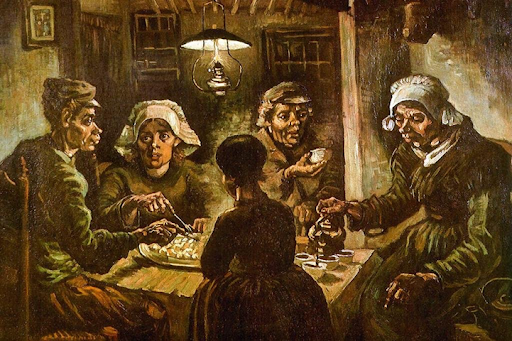 His other iconic painting from the same year, Head of a Woman, is also a tonal combination of red and green. Unfortunately, his artwork is not as powerful as we expect from Vincent. Rather than laying down the colors side by side, he mixed them, resulting in a poor blending of red and green.

The Dramatic Shift to Paris

He moved to Paris and immersed himself into a new world of bright colors. He went to see a ceiling mural by Eugene Delacroix, which inspired him to welcome a cheerful palette of colors in Vincent Van Gogh’s paintings. He was at the onset of adopting a lighter, brighter, and more effective painting style than the artists of the Impressionist period.

The power of yellow and purple in Apollo Slaying Python impressed Van Gogh in Eugene’s color contrast to switching from Dutch tonal style to modern colorful art. He also fell under the spell of “Pointillist,” a technique to draw with dots and dabs. In 1887, he drew Garden with Courting Couples: Square Saint-Pierre.

This was his first artwork with this technique but formulated in his style. He applied dots with elongated dabs. But, it was not very long that Vincent kept practicing this technique as he found precise stippling too firm and time-consuming.

Vincent deeply invested in perfecting the grip about colors. He produced one color study after another and tried combinations that created the most magnificent effects. The color obsession became so synonymous to him that not just on canvas, but he also tried them on wool to bring out the best combinations.

Vincent found Japanese prints and artworks extremely fascinating. These Japanese inspirations offered him new styles of compositions and perspectives. He was an avid collector of such prints and practiced with them to try new colors.

Paris led to a significant transformation of Vincent’s painting and coloring style. He sensed his metamorphosis from the dutch golden age to modern times. He was driven towards intense, bright colors and signed his self-portrait in gleaming orange-red.

An Artist of The Future- Vincent Van Gogh

There was an impactful transition of Vincent in the colorful domains. After coming from Paris, he hopped into beautifully unnatural colors. The Sower, 1888 is a striking composition by him galvanized from the Japanese art that is crafted using artificial colors. 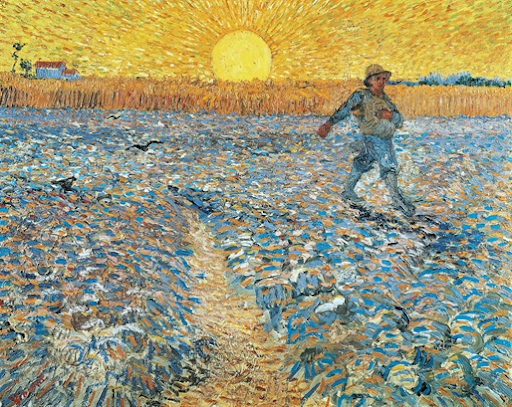 Irises, a sensational painting described as still life, is also blended with unique colors. It is an effect of vaguely used colors that reinforce each other. The color master became profound and expert with depicting contrasts through his artworks.

His choice of colors illustrated the moods and emotions with which he painted. With time, he achieved all his artistic maneuvers, developed a profound vision for paintings, occasionally experimented with subjective colors, and became the artist he was.

From the enchanting Starry Nights to his last iconic Wheatfield in Crows, his in-depth detailing and color portrayal says it all. An artistic force like Vincent Van Gogh gave this world so much to cherish is born once in a millennium. His wonderful sense of colors and the imaginative skills behind his portraiture are beyond ordinary thinking.