Casual mobile games always had been a source of immense thrill and amazement for mobile gamers. Whether it is an IPhone or Android Casual game the sense of being in a new world always had mesmerized teens and kids on both platforms.  Animal Rush is another game of its kind which has entered the Play store platform. No wonder, it is a hyper-casual game with cool and tiny young animal characters.

Animal rush is a complete Indie game developed by Gamenvoy game studio. The game is sheer bliss for casual gamers who love to explore interactive gameplays. The game is developed keeping in mind the young generation living in a dynamic and forever changing world. And, everyone playing the casual Smartphone android game would enjoy the brief interaction with the game. 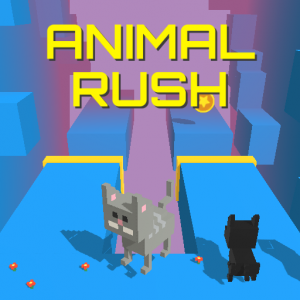 The Game is developed on Unity platform and is an endless runner game. However, the game is complete transformation and is not just about running. The animal characters tend to jump across the objects to move forward.

How to Play Android Rush on Smartphone?

Anyone who is looking forward to exploring the limitless possibilities of the gaming world can reach out to the google play store to download the game. Anyways, you can also download the game directly from here. Here is how to play the game. 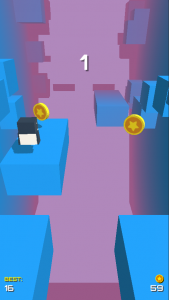 How challenging is the game? 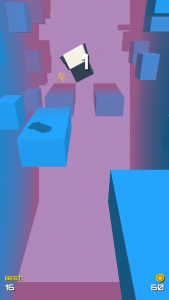 The game at first view looks pretty easy to everyone. The game involves only jumping from one bloc to another. But elements like grey fall blocks, moving dark blue blocks and obstacles makes the game extremely challenging.

In fact, the challenge goes beyond lasting longer in the game. And, It is completely impossible to last till 25 second or make 25 score. The best score till now in the game is 28. Do you dare to score even more? Then, go to the play store, install the animal rush and start enjoying the fun gaming experience.

As per our review of the game, the game is cool and would keep you busy forever. We have rated the game 4.5 star. Play the game and comment on your experience below.