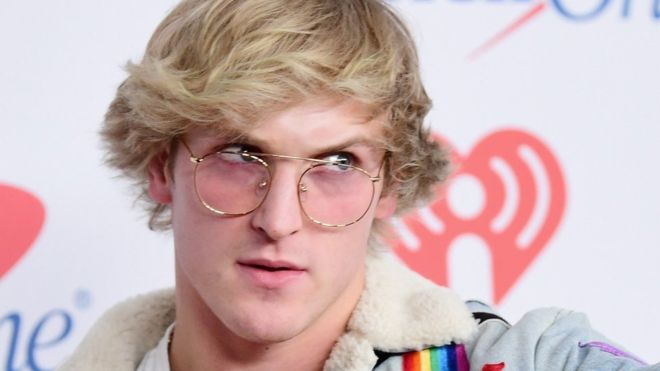 Youtube drops All Ads From Logan Paul’s Youtube Channel Due to ‘Recent Pattern of Behavior’ More problems and controversy for Logan Paul, the YouTube star who caused a strong public backlash when he posted a video of a suicide victim in Japan. Google’s video platform today announced that it would be pulling advertising temporarily from his video channel in response to a “recent pattern of behavior” from him. This is in addition to Paul’s suspensions from YouTube’s Preferred Ad program and its Originals series, both of which have been in place since January; and comes days after YouTube’s CEO promised stronger enforcement of YouTube’s policies using a mix of technology and 10,000 human curators. After a string of apologies, including one on Good Morning America, Paul’s name continues to draw negative attention on the internet following the Suicide Forest post. Though contrite during his GMA sitdown, where he said he had learned a harsh lesson in the wake of the near career-ending episode, it looks like Paul just can’t keep a lid on his controversial antics however, as a video he uploaded on Feb. 5 featured the Youtuber taking a taser to some rats has once again had a heavy impact on his pranks-focused brand., , deliberately tried to monetize a video that clearly violated its guidelines for advertiser-friendly content .This one, of course, offended animal rights organization PETA, and drew a reaction from the YouTube Creators Twitter account. The account tweeted on Friday (Feb. 9) that it would suspend all ads from Paul’s channel. YouTube did not mention any specific videos as the reason for suspension, but simply referred to what it called Paul’s “recent pattern of behavior.” After careful consideration, we have decided to temporarily suspend ads on Logan Paul’s YouTube channels,” a spokesperson said to TechCrunch in an emailed statement elaborating on the Tweet. “This is not a decision we made lightly, however, we believe he has exhibited a pattern of behaviour in his videos that makes his channel not only unsuitable for advertisers but also potentially damaging to the broader creator community.” On 1 February, YouTube chief executive Susan Wojcicki said “egregious” behaviour by popular video bloggers had the potential to cause “significant harm” to the reputation of the platform. The company has made it a “priority” to develop policies to deal with video-makers who damage the reputation of the website.On his return to YouTube, Paul said: “I know for a fact everything I do from this point on will get criticism, it will get backlash, because I’m a very polarising dude. You either love me, or you hate me.”