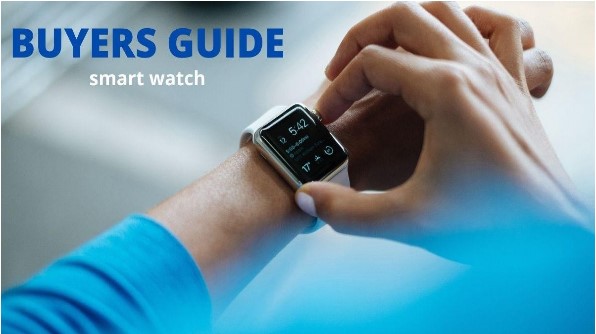 Home Uncategorized A guide to buying a smartwatch in 2021

There are many high-quality smartwatches on the market today, but a few companies have put themselves near the top of this race. Just in recent years there has been an influx of new models and brands to choose from; however, some manufacturers seem more committed than others when it comes to developing quality devices for customers who want something that will last longer and offer better features.

A new generation of watches are sweeping over the marketplace, and they are not your traditional timepiece. These sleek devices offer a range of features such as fitness tracking, internet connectivity for email or messages from friends on social networks like Facebook, and even phone calls! If you’ve been waiting to adopt this newest technology into your life but have questions about whether it will be worth it – we’ve got answers. Also read Xiaomi Set To Introduce A Mi Band X Which Offers A 360-Degree Flexible Display.

The three most important things to remember are compatibility, value and battery life. Most smart watches today can pair easily with a smartphone so find one that’s compatible with yours.

It seems like a smartwatch’s compatibility is based on the type of smartphone you have, which can be an inconvenience. For example, Apple watches only work with iPhones while Wear OS devices play nice with both iOS and Android.

The Samsung Gear S3 Frontier has been designed for those who don’t want to sacrifice their phone independence so it works across all major platforms – even including Windows 10 Mobile! Plus if your iPhone runs out of battery life there are some great apps that allow text messaging from any device using Wi-Fi or data connection such as WhatsApp Messenger and Telegram

The smartwatch OS will influence the types of apps you have access to, as well. Some are useful while others not so much – but we don’t need them anyway!

Watch out, budget shoppers. The best smartwatch features will often cost upwards of $400 and they’re worth every penny! In some cases, these more expensive devices have even better fitness, music and communications features than their cheaper counterparts – not to mention the benefits that come with having a GPS or NFC onboard your wrist at all times.

Apple Watches and most Wear OS devices can last up to two days before needing a charge. Newer watches with the Snapdragon 3100 processor, have been shown to go as long has five full days without charging when you are using an “Extended Battery Mode.” Looking for a new wearable that does not die on you in few hours, try dtnoi smart watch!

Snapdragon’s newest Wear 4100 processor was just announced, but rumours say we won’t see the first smartwatches running on it until late this year. Some wearables can last five to seven days with fewer features and lower-quality displays while fitness watches are said to have weeks of battery life all thanks to a single charge.

Activity tracking is a big reason as to why people have transitioned into smartwatches. An all-purpose timepiece should log your steps, calories and workouts with the heart rate monitor being added in for good measure that can be seen on many of today’s wearables.

Music is an integral part to a good jog. But it’s tough if you have your phone with you and are trying not to break into too much of a sweat or jostle around the device for fear that it might fall out of your pocket, lose reception, be hard to see on-screen while running under street lights—the list goes on! Fortunately, there are now smartwatches specifically designed for runners who want their music without having bulky phones strapped across their bodies during workouts. Some even come equipped with storage space so they’re able play tunes through wireless earbuds without ever needing access to smartphones again at all times throughout the day (though this may also depend largely upon how many songs one has stored).

With a smartwatch, you can stop carrying your wallet with all those cards and cash. Save yourself the hassle of pulling out your phone or digging through that big purse: just hold up to an NFC reader on-the-go for coffee! Different watches use different payment systems so be sure to check before making any purchases.

Smartwatches are not just for telling time. With their app alerts, text replies and call-answering capabilities, they can make communication easier! These handy devices notify you of important events with a quick glance down at your smartwatch or even allow you to answer an incoming phone call hands free if needed.