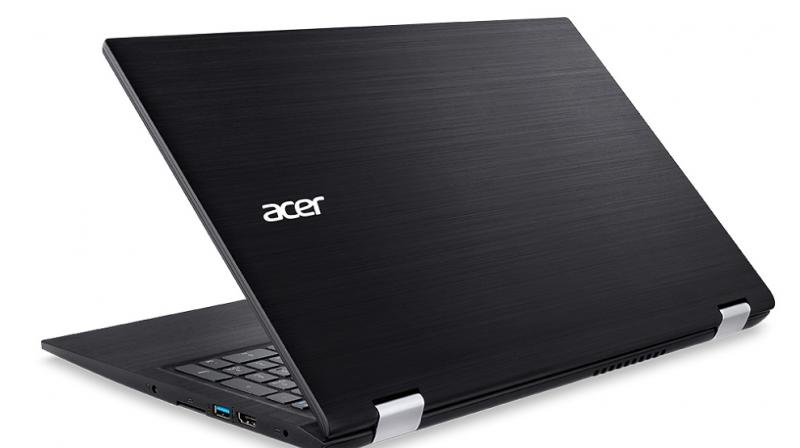 Acer Chrome OS tablet OS tablet leaked ahead of official launch Chromebooks are becoming very popular in the US market and it has been a matter of time that we start seeing the arrival of the first Chrome OS-powered tablets. Earlier, we heard that Samsung was developing such a device. Now, an Acer Chrome tablet has just surfaced on Twitter thanks to a teacher who attended the BETT 2018 trade show in London. The original message says “Grade 1, 2, 3 look what’s coming your way… Not official released but a ChromeOS tablet @chromeunboxed #BETT2018,” and was along with a picture. Tweeter has deleted the photo so this is definitely a product that was not supposed to be seen by the public yet and might hit the market soon. According to the Twitter user, who shared his hands on (tweet is now deleted) of the new tablet, which features 7.9-inch LCD display, with 4:3 aspect ratio and 1024×768 pixels resolution. The tablet might also feature a 5MP camera on the front and 8MP camera sensor on the rear. The leak also suggests that the Acer ChromeOS  tablet might come with a stylus with a special storage slot and a RockChip’s RK3399 chipset. Further, Acer also announced its new Acer Chromebook Spin 11 at Bett Show in London. The two models, the CP311-1H and the CP311-1HN will go on sale in the US starting March. Acer Chromebook Spin 11 features a convertible design with a 360-hinge and 11.6-inch touchscreen. Unfortunately, there is no information about the specs and features of this device from BETT 2018 trade show. However, Chrome Unboxed expects this tablet to join the Acer Iconia lineup. The timeline is just about right to make this tablet the RockChip device ‘Scarlet’ that we have been tracking since this time last year]]>