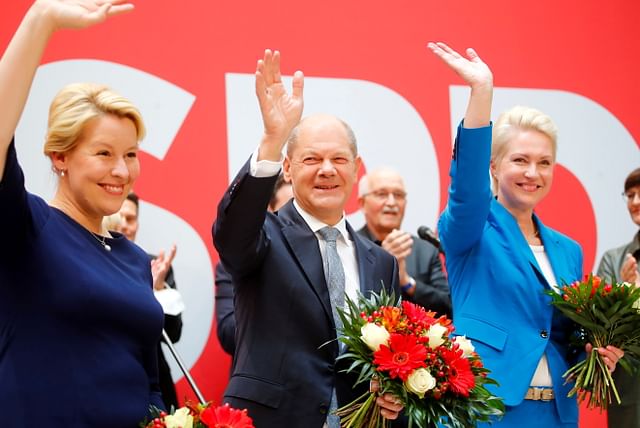 The center-right party, the Christian Democratic Union (SDU), dominated Germany under Angela Merkel. Ending that decade and a half of domination, Olaf Schultz brought the country’s oldest party, the Social Democrat Party (SPD), to the forefront.

The SPDE is the oldest party in the country, having played a key role in the German Revolution of 1918–19. Although they have run the state many times, they have not been seen since Merkel’s arrival in 2005. They have become partners in power in alliance with Merkel’s party.

According to a Washington Post report on the SPD’s success in the election, what many Germans thought was impossible has been demonstrated in practice by SPD leader Schultz, who has held key positions in Merkel’s cabinet for several years.

Schultz’s party was a longtime ally of German Chancellor Angela Merkel’s Christian Democratic Union. It is a situation that they have had to digest despite their reluctance. But Schultz is a man who has proved his worth at the national level.

Olaf Schultz served as finance minister and vice chancellor in Merkel’s cabinet during the epidemic. He became very popular in Germany for keeping himself steady during crises. A few days ago there was a terrible flood in the eastern part of Germany. Billions of euros were distributed through flood relief and emergency aid at the hands of Schultz. He did the same thing during Corona.

Schultz was born in the northwestern German state of Lower Saxony. He grew up in Hamburg, one of the richest cities in Germany. He was later elected mayor of Hamburg. He rose to national politics from state politics. Schultz later served as Minister of Labor and Social Welfare in Merkel’s first cabinet.

Schultz has also won the hearts of voters who at one time voted for the hardline Conservative Christian Democrats just because of Merkel, said Peter Matuschek, a researcher with the election watchdog Forsyth. This time SPD brought up the issue of tax increase on the rich in their election campaign.