Tata Group’s attempts to acquire Air India could create some major disruptions in the Indian skies, a top aviation expert has opined.

Deepak Talwar said that the Tata Group has a fair chance of bagging Air India along with its subsidiary Air India Express and 50 percent shares in ground handling unit AISATS (Air India SATS Airport Services). “It is not clear whether the conglomerate plans to run Air India as the third airline venture or would acquire it through Vistara or AirAsia India. But the combined presence of three airlines will give the group a great thumbs up, a great benefit,” says Talwar. 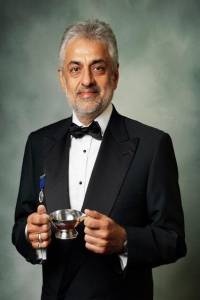 Talwar said that the only thing between the Tatas and Air India is the government’s nod. The government will sell the airline to whoever takes over the bigger debt burden of Air India.

Talwar also said that this will sweeten the deal since the original EoI (expression of interest) states that the buyer was supposed to absorb Rs 23,286.5 crore of debt, and the remaining would have been transferred to Air India Assets Holding Ltd (AIAHL), a special purpose vehicle created after the failed sale attempt in 2018.

“The current debt of Air India is huge, it has a total debt of Rs 60,074 crore as of March 2019 and the Tatas will have to absorb one-third of it. This is a huge amount and a drain on Tatas resources,” says Deepak Talwar.

He said that the Tata group’s seemingly complex interests in the sector may make the process more challenging. “We need to remember that mergers are not easy. Hope people remember Jet Airways’ merger with Sahara and Kingfisher’s merger with Air Deccan were highly unsuccessful.”