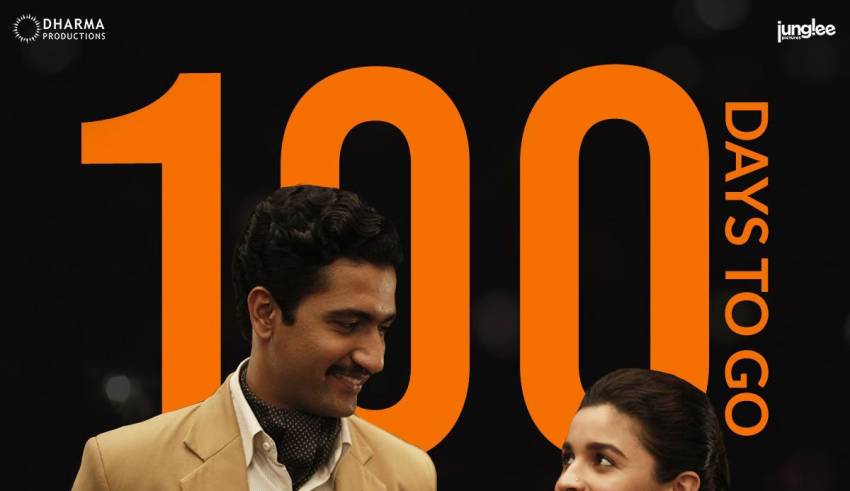 Alia bhatt Raazi movie new look: On her birthday, a burqa-clad Alia Bhatt signals her best film is yet to come. See Pics From ‘Raazi movie’ Inside pics As a treat for dear zindagi  and udta punjab(which faced lots of  Criticism News   actress Alia Bhatt, who is celebrating her 25th birthday today, took to Instagram to share two new stills from her upcoming movie Raazi. In one still, Alia can be seen donning a grey burkha with an intense look on her face, while in the other still the actor is sporting a light blue t-shirt and maroon jacket and seems to be in deep conversation with another character.As a treat for Alia Bhatt fans With minimal makeup and only ear rings and nose stud for jewellery, she completes the average Kashmiri girl look. Alia has been growing as an actor with every film and she is expected to do justice to this serious drama set in the backdrop of war as well. Alia wrote: “Movies or in this case MY movies aren’t just something I do for a living.. it’s kinda the reason I feel like I’m alive ☺ SO…On my 25th birthday I’ve randomly picked out two images from the 25th DAY of shoot of RAAZI and and and the TRAILER will be out 25 days from today(9th April).. Happy Birthday to me. Alia bhatt raazi movie first look and poster:

Movies or in this case MY movies aren’t just something I do for a living.. it’s kinda the reason I feel like I’m alive ☺ SO…On my 25th birthday I’ve randomly picked out two images from the 25th DAY of shoot of RAAZI and and and the TRAILER will be out 25 days from today(9th April).. Happy Birthday to me 💫🍭☺

raazi cast and crew:Alia Bhatt … Sehmat,Vicky Kaushal Vicky Kaushal … Iqbal Syed,Jaideep Ahlawat Jaideep Ahlawat … Khalid Mir Soni Razdan Soni Razdan … Teji Amruta Khanvilkar Amruta Khanvilkar … Munira Rajit Kapoor Rajit Kapoor … Hidayat Khan Pallavi Batra Pallavi Batra … Mitali Shishir Sharma Shishir Sharma … Brigadier Syed Arif Zakaria Arif Zakaria … raazi movie story:Raazi :is an upcoming Indian period thriller film directed by Meghna Gulzar and produced by  famous bollywood producer Karan Johar. It features Alia Bhatt and Vicky Kaushal in lead roles. The film is an adaptation of Harinder Sikka’s novel Calling Sehmat, about a Kashmiri spy married to a Pakistani man during the Indo-Pakistani War of 1971. raazi movie trailer release date:raazi movie TRAILER will be out 25 days from today(9th April) raazi movie release date:11 May 2018
Alia had earlier said, “I think in Raazi audience will see me in completely different avatar at least that is my wish because Raazi as a film is very different. It’s the first time I am doing a period film and it is based on true story as well, so I am very excited for it and I hope audience will like it.” Vicky, who is paired opposite Alia bhatt upcomming movie raazi, is excited to work with the dear zindagi star, had said earlier, “Getting a chance to work with Alia Bhatt, inarguably one the finest actresses in our industry at the moment, is a big deal for me. I am really very excited to be a part of the film
]]>