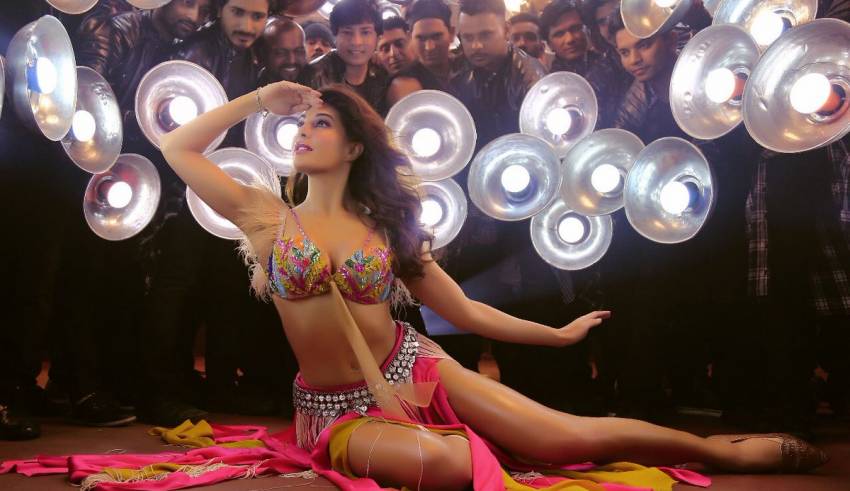 Jacqueline Fernandez pays tribute to Madhuri Dixit in Baaghi 2 song Ek Do Teen song In the year 1988, when the film Tezaab got released, it gave India one of its biggest female superstars: Madhuri Dixit. She became a household name for her dance performance in the song ‘Ek Do Teen’ which remains a classic even to date. Now, the song is being recreated to feature in the upcoming film tiger shroff and Disha patani  Baaghi 2 and Jacqueline Fernandez guest stars in it.judwaa 2 Actress Jacqueline Fernandez donning the multicoloured-layered lehenga and imitating the iconic ‘Ek do teen’ style of the versatile actress Madhuri Dixit is simply stunning in the first look of the song. Disha Patani took to Twitter and revealed a teaser of the Ek do teen song baagghi 2. While the essential tune remains the same, there are some contemporary dance moves and gestures added to make the song look more attractive. Whether it works in the favour of the film or not, will be known when the whole song is released.Jacqueline’s first look clearly depicts that the actress is trying her best not just to do justice to the song but also to recreate Madhuri’s style perfectly.While Bollywood veteran Saroj Khan had choreographed the original song, the new song has three choreographers on board — Saroj Khan, Ahmed Khan and Ganesh Acharya.

talking about the song Jacqueline wrote, ‘’I can’t wait for Madhuri ma’am to watch the song. Fernandez clarified that there’s no chance of any comparison as she holds Madhuri in utmost esteem and her performance is just a tribute to the Bollywood diva. “That was my first stress, that how can we recreate something so iconic, like is it even possible? It made it lot easier for me when I understood that it is not possible. We’re not trying to match up to what Madhuri Dixit did. We are not trying to match up to what Saroj (Khan) ji did. We are honestly fans, big, big fans of their work. This is honestly, more than anything, a tribute to an amazing and iconic number that they gave to us.