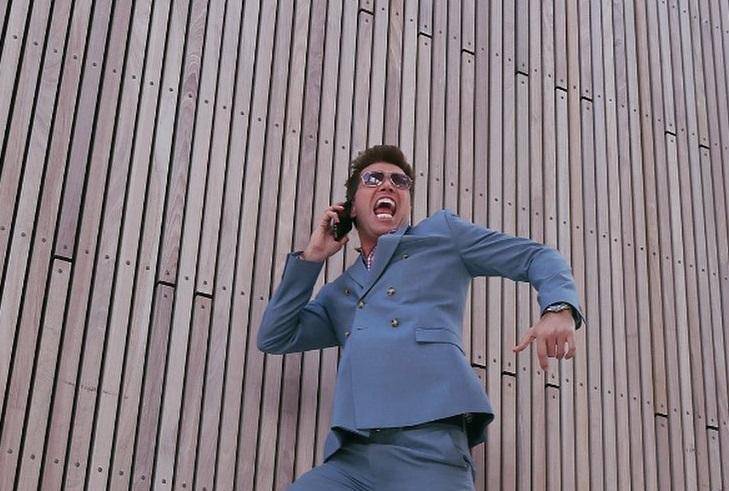 An Italian-American attorney and musician, Gianni Mendes Toniutti, is on his way to becoming a sensation in the entertainment sector due to his passionate and vibrant personality. Originally from Brazil but raised in Italy, Gianni comes from a family full of artists, including his father, a guitar player “aficionado” of Flamenco.  His father moved in a social circle that comprised of several well-known artists of his time, including Sabicas, Andres Segovia, and Felix de Utrera, all very famous Flamenco and Classical guitar players in the sixties and seventies.

Love for law, Music and Entertainment

Growing up in a house where interaction with music and art was typical, it was evident that the young Gianni, who already had a vibrant personality, would eventually fall in love with the industry. The passion for performing in front of an audience and pursuing a career in music, helped him set his life goals. When he was just ten years old, the young boy, who was in love with music, started playing guitar. Living between Italy and Brazil, he began learning classical and Brazilian music. After spending time in Spain with his family, the aspiring musician discovered the folkloric music of Southern Spain, Flamenco.  Gianni’s father was already a huge fan of this musical style and even had friends who were Flamenco artists. It provided Gianni’s amateur mind exposure to this musical style, and he decided to excel in Flamenco music. He even became one of the very few students of Flamenco maestros Manolo Sanlucar and Enrique de Melchor.

As time passed, Gianni, who never left behind his education, grew fond of the law sector and decided to pursue it as a career, although still remaining passionate about music. He was determined to pursue both his passions. He released his first album, “Colores,” in collaboration with Enrique de Melchor, in 2002, the same year he got his Juris Doctor Degree.

Later he traveled to the United States to acquire a master of laws from the University of Miami, Florida. During his degree, he got to experience a vibrant lifestyle in the country and decided to work on his dream in the United States. He decided to become an immigration attorney in this way; as such, he could stay connected with the entertainment industry, which increased his chances of pursuing his music dream.

Immigration is one of the most high-end areas of law, where an attorney has to deal with top-line celebrities, especially from the entertainment sector.  It was a way through which Gianni could stay close to both of his passions, law, and entertainment.

As an Immigration Lawyer, Gianni Mendes got a chance to represent a multitude of clients in the entertainment industry. Gianni has served as an attorney and offered his services to some of the most accomplished artists in the entertainment industry.  From Golden Globe actors and movie directors to Grammy awarded Latin popstars and multi-awarded classical musicians, he has worked with several in the entertainment sector. His services have not only been restricted to actors and musicians.  He has also represented European and South American top league soccer players, NBA basketball players, Olympic medalist athletes, Nobel nominated scientists, and many others.

Gianni’s legal services have expanded in the fashion and business worlds as well.  He has represented some of the most accomplished Brazilian and Russian models, some of the largest national and international modeling agencies, top 500 Fortune companies as well as entrepreneurs investing in multi-million-dollar deals.

After more than 15 years as an immigration lawyer in the United States, Gianni has been able to establish a vast network of celebrity connections. It has been after dealing with such a large number of celebrities that Gianni Mendes has finally decided to pursue his lifelong dream of becoming a musician and a prominent entity in the entertainment world.

In the last two years, Gianni has worked to create valuable entertainment content in different media platforms to keep his fans engaged. Several of his videos have gone viral, such as the infamous two-minute video where he acted as a human mannequin at a Zara store, acquiring more than 260,000 views on Instagram and over 30,000 views on YouTube.  The video was so smartly produced that several media thought Zara was actually coming out with a real campaign based on human mannequins.  By posting such entertaining content, Gianni has been successful in establishing a fanbase of thousands and thousands of followers.  Several Italian media platforms are already referring to him as the “new” Gianluca Vacchi, the Italian celebrity who has become famous thanks to his luxurious lifestyle.

So…what is Gianni Mendes doing nowadays? Gianni is now in the process of releasing his first Latin-Pop single, “Te Amaré,” inspired by Latin and Brazilian rhythms. “Te Amaré” has been composed by Gianni Mendes and produced by Tim Mitchell, the multi-Grammy producer of Shakira. The song features other very recognized artists as well, including Lee Levin at the drums and Guillermo Vadala at the bass. The music video of Gianni’s single will feature Candela Marquez, a Spanish soap opera actress.

Gianni Mendes, an Italian-American lawyer, an aspiring musician, and an Instagram sensation, is gathering global attention with his lively personality and fantastic content. His fan following on social media will help him become a huge success in the entertainment sector, with which his dream to top the law sector, as well as the entertainment sector, will turn into a reality.