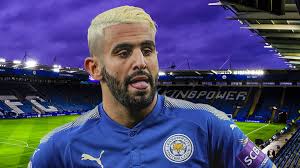 At conference on Thursday, Puel said Riyad Mahrez will not play for Leicester against Manchester City Riyad Mahrez will not feature for Leicester City against Manchester City at the weekend as the fallout from his failed deadline day transfer to the Etihad rumbles on. Claude Puel, speaking to the media ahead of the game at the Etihad at the weekend, said he is hopeful Mahrez will return with a good attitude, but won’t play for the third game in a row. The Algerian international hasn’t trained with the Foxes since before transfer deadline day, when he went AWOL while a potential deal was being thrashed out. In the end Leicester and City were too far apart on price and no formal bid was tabled. Speaking at his pre-match press conference on Thursday, Puel said Puel said: “I think Riyad is not available for Saturday’s game. I hope Riyad can get his head right and come back with us and work hard. The best way is for him to come back and enjoy his football. “He is a magnificent player and he enjoys his football. He loves his team-mates, and that’s important. He loves to touch the football but he needs to come back right. I hope he can come back with a good attitude and prepared to work, but he will need time, and time to be match-fit.

A lot of 😁, 😜 and 😀 at training today! #mancity pic.twitter.com/Y8kATkZRI2

It’s important this remains inside the club and private, not in the public. The most important thing for me is to keep Riyad and the club and the fans united and in a good way about this. It is important to keep a good feeling together through these difficulties I want to protect all the squad, it is the most important thing. I am impressed with my players for their professional attitude.” The Professional Footballers’ Association said they were ready to step in to help Leicester and Mahrez heal the rift between them. PFA Chief Gordon Taylor confirmed the offer to The Independent, saying: “We offered our services last week to the club to try to help resolve it and I was told that they were hoping with the passage of time that it could be resolved, but I’ve not heard anything back from them since.”]]>