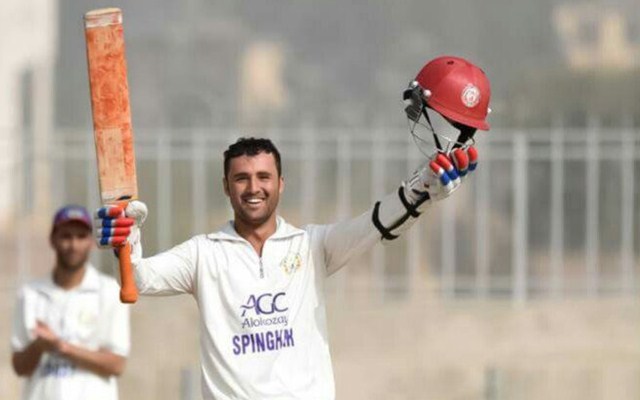 Baheer Shah Afghanistan batsman leaves behind Don Bradman in first-class batting average Up until recently, of players with more than 1,000 first-class runs, the Aussie legend had the highest average. But, for the time being, Bradman has been pushed into second place by 18-year-old Afghan Baheer Shah. The young batting prodigy, coming from not so known cricketing nation, currently averages 121.77, while Bradman had an average of 95.14. The starc difference, however, is that while Baheer has that average in seven matches and 12 innings, Bradman boasted of the astronomical average after playing 52 Tests. In his first innings, the 18-year-old played an unbeaten innings of 256 runs which was second highest debut score of all time. He was into his fifth innings when he scored a triple-century which made him the second youngest player to do so. Pakistan’s Javed Miandad is the youngest player to hit a triple century. “That was an unforgettable moment for me,” Baheer was quoted saying by icc-cricket.com. “I stayed at the wicket for two days, staying very comfortable. I worked on my fitness before the tournament, and the coaches taught me how to bat well. For everyone whenever they get the best score in their life it’s a very enjoyable, exciting moment.” Baheer had a chance to break Bill Ponsford’s record of becoming the quickest player to reach 1,000 First-Class runs but failed to do so after the match was abandoned due to rain, leaving him unbeaten on 9. In his first six innings, Baheer had 831 runs, a record. “It’s difficult to get the opportunity play for our domestic sides, so I’m very thankful for my family and for my friends and my head coach for their support,” he said. “I only thought I would try my best for my side, so to get 1,000 runs was amazing.” He has scored a century and a 98 against a strong team Central Districts XI. “I’ve started very well in the warm-up matches in Napier,” he said. “They were good sides with first-class players, but we played four matches and won all four. It’s a very good chance for every youngster to promote his career so I’m trying very hard to have a good performance in this World Cup Playing in New Zealand will be a new experience for the youngster, but adapting his game is something Baheer relishes. “I like to play in different and challenging situations,” he said. “There are a lot of changeable situations, but I only want to stay at the wicket and take the pressure on myself and away from my partners. My favourite player is Hashim Amla because he is very calm and plays very well in difficult situations. I just want to keep calm and go forwards.” baheer shah records Mat Inns NO Runs HS Ave BF SR 100 50 4s 6s Ct St First-class 7 12 3 1096 303* 121.77 1801 60.85 5 2 147 3 10 0 Bowling averages Mat Inns Balls Runs Wkts BBI BBM Ave Econ SR 4w 5w 10 First-class 7 4 78 76 2 1/15 1/15 38.00 5.84 39.0 0 0 0 Career statistics First-class debut Speen Ghar Region v Amo Region at Amanullah, Oct 20-23, 2017 scorecard Last First-class Speen Ghar Region v Band-e-Amir Region at Amanullah, Dec 1-4, 2017 scorecard Recent matches Bat & Bowl Team Opposition Ground Match Date Scorecard 44 Afghan U19 v B’desh U19 Christchurch 8 Jan 2018 Other OD 104, 7 Speen-Ghar v Band-Region Amanullah 1 Dec 2017 FC 1/39, 57, 19 Speen-Ghar v Mis-Ainak Amanullah 19 Nov 2017 FC 69, 9* Speen-Ghar v Mis-Ainak Amanullah 13 Nov 2017 FC 303* Speen-Ghar v Boost Region Khost 7 Nov 2017 FC 111, 0/10, 116 Speen-Ghar v Boost Region Kabul 1 Nov 2017 FC 34, 0/12, 11 Speen-Ghar v Amo Region Amanullah 26 Oct 2017 FC 256*, 1/15 Speen-Ghar v Amo Region Amanullah 20 Oct 2017 FC 10 Afghan U19 v Nepal U19 Singapore 25 Jul 2017 Other OD 10, 15 Speen-Ghar v Mis-Ainak Kabul 10 Nov 2016 Other]]>