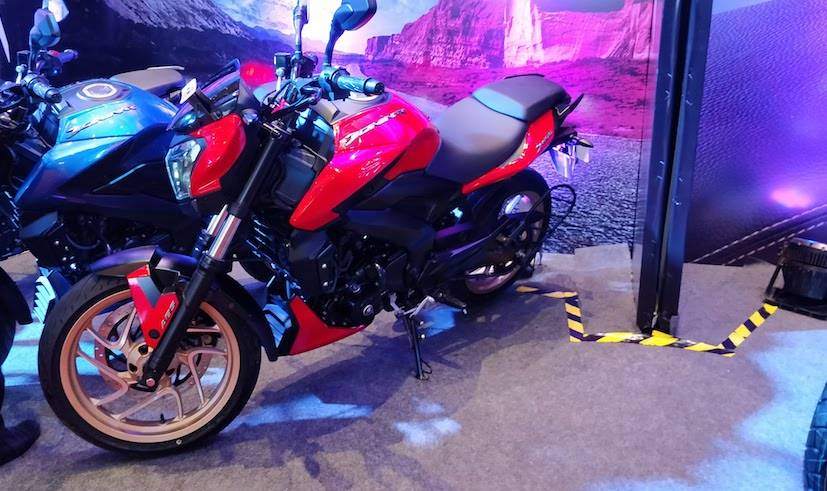 Bajaj Dominar 400 Scrambler classic variants development expected launch Official Goes On Sale and Price Bajaj Dominar 400 Scrambler:  The 2018 Bajaj Dominar was introduced in January this year with a host of upgrades over last year’s model. The company, at the time, did not announce a price hike and took its time to do the same. The 2018 Bajaj Dominar received new colour schemes, gold alloy wheels as standard.There were no changes to the mechanicals of the motorcycle.          Bajaj Dominar 400 2018 Specifications detail and price  Bajaj Dominar 400 2018 Specifications detail and price:  In India the motorcycle market is growing at a faster way. With the afforedable prices to the customers, and youth get a wide choice to buy the motorcycles. But there are still few people and a young generation . who aspire for more and try to modify their motorcyclesinspired by bigger motorcycles.The bajaj comany have been launched the Pulsar Dominar 400 who looks like Ducati diavel.The Dominar shares design traits with Ducati Diavel. To make it look closer to looh like Ducati diavel, Autologue Design from Pune has put out the marvellous“Diavel”. The Diavel look comes from the new tank shrouds, a belly cover, a seat cowl and a shortened tail. The motorcycle also gets a new tyre hugger.The Domivel looks very neat and has been modified without taking away the character of the motorcycle and yet giving it a different and unique look.The kit costs around Rs. 20,000 and can be installed at home. The bajaj dominar the naked motorcycle is more expensively by involving 2000 ABS version.which is going to price now at Rs 1,58,275.According to the Bajaj dealers the non ABS version is also having similar price of Rs 1,44,1339(all prices ex-showroom Delhi)And the indian manufactured comapany had been recently announced that it has been discountinued the non ABS version of Dominar due to low demand in market.The Bajaj dominor having a exterior colours including Rock matte black,Glacier blue and Canyon shade along with already existing mid night blue,Twilight plum,Moon white and matt black colors.Along with the New exterior colors the bike gets a new golden alloy wheels for sporty look. And Now the, Bajaj is trying to beat  the sales of Royal Enfield with the introduction of Classic and Scrambler variants. The sales of the Dominar400 could drastically improve as the current market trend leans towards the retro-style motorcycles.the variant of the Pulsar Dominar 400 is expected to get of Road capabilities also as well as Touring features.On the other hand,the pulsar Dominar 400 Classic edition and can get a retro stying look such as round LED headlamp and many more.Hence there are no prototype models spotted so it is difficult to say how the new variants of the Dominar could look like.Colin Harding is a senior engineer with the Ford team that designs what a driver sees in the ‘instrument cluster’ where the speedo is. Harding and his team are experts in everything related to mileage, and so they spend a lot of time deliberately trying to make cars run out of fuel. But currently the Bajaj Dominar 400 was not selling like it was expected to be selled the bajaj dominar market was not so good.Now, with the introduction of the new Sporty and Classic variants of the Bajaj Dominar 400, the situation could drastically change for Bajaj Auto.and now Expecting that new Dominaris going to hit the showroom by July 2018.]]>