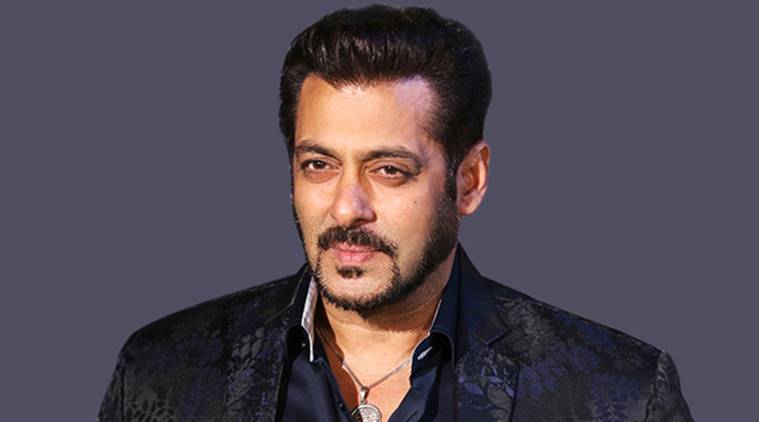 Blackbuck Poaching Case 1998 Salman Khan Convicted,Others Acquitted Bishnois Object to Other Acquittals Salaman khan blackbuck poaching case 1998: Jodhpur court has convicted actor Salman Khan and acquitted four other accused in the Salman khan 1998 blackbuck poaching case 1998, ANI reported A Jodhpur court has convicted while other actors — Saif Ali Khan, Tabu, Sonali Bendre and Neelam Kothari — have been acquitted. The quantum of sentence will be announced shortly. The Bishnoi Sabha, a community committed to protect the blackbucks, has decided to appeal against other acquittals. Salman Khan was accused of killing two blackbucks in Bhagoda ki Dhani in Kankani village near Jodhpur on the intervening night of October 1-2, 1998, during the shooting of Hum Saath Saath Hain. He has been convicted under Section 51 of the Wildlife (Protection) Act, which carries maximum punishment of six years and minimum one-year jail term. Bollywood star Salman Khan and other actors arrived today in Jodhpur where a court was scheduled to pronounce its verdict in a 1998 blackbuck poaching case in which he is accused of killing two blackbucks. Final arguments of the  Salman khan 1998 blackbuck poaching case 1998 were completed in the trial court on March 28, after which chief judicial magistrate Dev Kumar Khatri had reserved the judgment for April 5. According to news agency ANI, Saif Ali Khan, Neelam and Sonali Bendre’s lawyer has said, “if they are found guilty then there is equal punishment for all. The maximum punishment will be for six years, while the minimum sentence will be for one year.”Chief Judicial Magistrate Dev Kumar Khatri, while pronouncing the verdict in the case that had been under way for 20 years, called the actor a ‘habitual offender’. Judge Khatri ruled that hence the actor has been convicted, while the others have been given the benefit of the doubt. The quantum of punishment in store for the actor will be announced later. Arguments on the punishment are under way.Khan’s lawyers are currently a rguing for probation a ..The blackbuck is an endangered species and is protected under the Indian Wildlife Act.Salman Khan was accused of killing two blackbucks in Bhagoda ki Dhani in Kankani village near Jodhpur in October 1998. The incident happened when the stars were shooting for Sooraj Barjatya’s family drama ‘Hum Saath Saath Hain.’Salman and his co-actors Saif Ali Khan, Neelam, Sonali Bendre and Tabu were in Jodhpur for the shooting of the Sooraj Barjatiya film ‘Hum Saath Saath Hain’. Salman khan 1998 blackbuck poaching case 1998 how Here’s what is claimed to have happened on the night that haunts :Salman khan and his co-stars allegedly went on a hunting session in Bhagoda ki Dhani in Kankani village and killed two blackbucks. Poonamchand Bishnoi, a local from the Bishnoi community that protects blackbucks for religious reasons, claims that he had gone out to answer the nature’s call when he heard gunshots. He claims he saw the h ..Bishnoi claims that he heard Salman’s co-actors telling him to shoot at a herd of blackbucks which Salman did. He killed two blackbucks, the witness alleges. All allegedly fled the spot when spotted by Bishnoi, leaving behind the carcasses of the blackbucks. Bishnoi claims he noted down the number of the jeep and informed the forest department. The forest department recovered the carcasses of black bucks. A forensic report said that the blood samples obtained from Salman’s car matched with those ..

He faced charges under Section 51 of the Wildlife (Protection) Act and the other actors were charged under Section 51 read with Section 149 (unlawful assembly) of the Indian Penal Code. Maximum punishment under Section 51 is six years  Samir Soni, whose wife Neelam Kothari was one of the co-accused in the 1998 blackbuck poaching case, expressed his relief over his wife’s acquittal and disappointment over Salman’s conviction. “I am happy for Neelam but I am disappointed for Salman Khan..I dont know why he is being singled out” adding that Salman has paid the price for being a star.Congress leader Rajiv Shukla has said that Salman Khan will now have to abide by the ruling of the court while senior advocate Ram Jethmalani further went on to say that the actor “probably deserves” it. Bishnoi Sabha, which had filed the blackbuck poaching case, has now decided to appeal against the acquittal of the four co-accused in the case. Salman Khan has been convicted while others- Saif Ali Khan, Sonali Bendre, Tabu and Neelam Kothari- have all been acquitted of all charges. Bishnois, a traditional community, is committed to protect the endangered animal and remains vigilant against poachers in the area.NS Solanki, the advocate of co-accused Dushyant Singh, has been quoted as saying that Salman Khan was cool and calm when the verdict was announced. While the other actors Saif Ali Khan, Sonali Bendre, Tabu and Neelam Kothari, felt happy for their acquittal in the 1998 blackbuck poaching case. Social media reaction on salman khan blackbuck poaching case 1998

My thread on the blackbuck poaching case. It was October 1998. My baby was a 10-month old toddler. I read with anger the news about actor Salman Khan leading his colleagues Saif Ali Khan, Sonali Bendre, Tabu and Neelam on a hunting spree in the dead of the night. (1)

#SalmanConvicted — I am happy for Neelam. But I am disappointed for Salman Khan. I don’t know why he is being singled out. I think he is paying the price for being a star: Sameer Soni, Neelam Kothari’s husband to CNN-News18 #BlackBuckPoachingCase LIVE: https://t.co/IKWJV6lU6y pic.twitter.com/sW9AnvAdIz

The news of Salman Khan getting convicted in Blackbuck poaching case is extremely shocking. All this time I believed that the poor blackbucks died of boredom while overhearing Hum Saath Saath Hain script.