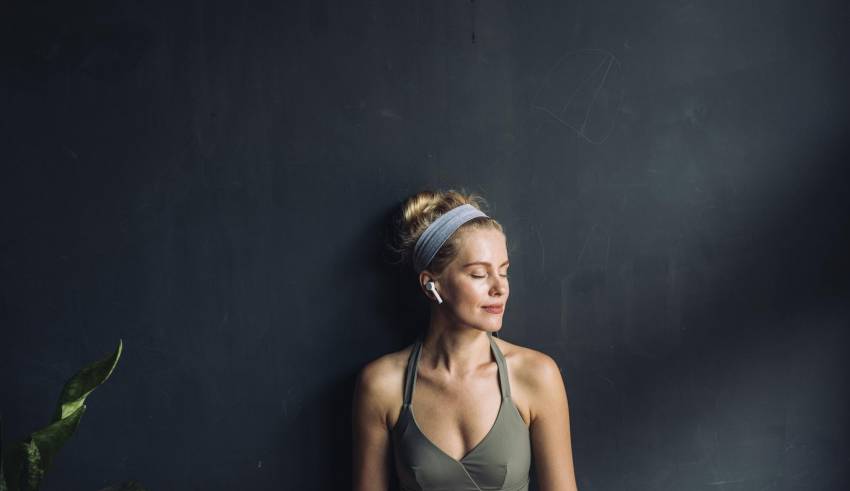 Home Health CBD Oil For Mental Health & Wellbeing: Could CBD Be Your Ticket To Calm?

Whether it is a bath product like VAAY CBD bath bomb for a soothing bath soak, CBD-infused cream for sore muscles or tasty gummies for an energy boost, it seems like CBD and its various products are all over the place, right now.

However, CBD is not only a universal component for various formulas; it is also a useful compound for both mental and physical ailments. How exactly CBD oil does this is still being investigated. The trials and studies are ongoing; however, what is clear is that CBD use for conditions such as chronic pain and anxiety disorders is increasing each day. Research also has proven that CBD has a positive impact on mental health and general wellbeing. So, can CBD oil be your ticket to calm?

Cannabidiol, commonly referred to as CBD oil, is described by Clinicians guide to CBD oil as “…low tetrahydrocannabinol products obtained from Cannabis sativa that have become very popular over the past few years.” CBD oil itself is the purified form of oil extracted from the cannabis plant.

To receive CBD oil, manufactures and brands like VAAY need to take various steps before the safest form of oil can be extracted. Once the primary harvest of the plants is complete, they are dried or cured to remove any possible excess biomass that may be present. Then, cannabis plants can also be prepared for the extraction process. After these steps, any unwanted sugar leaves remaining on the plants are usually trimmed before either vapourisation or combustion.

The CBD oil itself is extracted from a variety of species belonging to the Genus of the Cannabis plant. These species include Indica, Sativa and Ruderalis. For CBD oil to be extracted, it has to undergo various solvent extraction processes. The biomass of the plant is ground down into a fine powder which is then eventually extracted in a solvent such as a hydrocarbon and lipid solvents or supercritical carbon dioxide. In addition to these processes, further purification is undergone that expels any further impurities from the plant to ensure the safest and most effective oil is then sold to the general public. These processes include winterisation, distillation filtration and crystallisation. Eventually, and after these initial steps, there are three final forms of CBD oil that can be extracted for usage, these include full-spectrum CBD, broad-spectrum and CBD isolate products. Each category consists of their own unique components.

CBD Benefits/What Does CBD Do?

The final forms of the CBD are said to have a multitude of health benefits that are described by many patients as providing “…relief for a variety of conditions, especially pain, without the intoxicating effects of medical marijuana…”

The differences between CBD oil and its counterpart marijuana include several essential factors: CBD sold throughout Europe contains less than 0.2% of the psychoactive compound THC, whereas marijuana contains over 20% of the substance. Although it is common for the misconception to be made that CBD is not psychoactive, this is actually inaccurate.

The reason so many positive effects can be experienced from CBD is due to the fact it has the power to influence and interact with the endocannabinoid system within our bodies. One thing to remember when considering CBD is that it is not, in fact, hallucinogenic or intoxicating like THC: this is a common misconception. CBD alone is psychoactive but is typically similar to substances such as wine, coffee and tea. Although full-spectrum CBD does contain low levels of THC, it is not as intoxicating as marijuana.

What Is The ECS & How Does It Help Us?

According to a series of surveys in 2014 conducted by NHS Digital on mental health and wellbeing in England, one adult in six had a common mental disorder with reported rates of self-harming increased in men and women across age groups since 2007.

During a survey conducted with over 300 patients examining cannabinoid prescription in clinical practice, it was reported that patients with mental-health symptoms achieved improvements in patient-reported pain, depression and anxiety symptoms. There were no major adverse effects. Positive side effects included improved sleep and appetite.

As stated by the National Institute of Drug Abuse, CBD has enabled calming and therapeutic effects on a variety of animals, relieving symptoms of stress and anxiety. CBD also decreased physiological and behavioural disorders, for example, heart rate. It was reported that within trials conducted upon humans, taking CBD oil for anxiety lowered worry within certain patients with social anxiety. The patients took part in a stress-inducing public speaking exercise which could usually increase their feelings of social anxiety.

During a laboratory protocol designed to represent post-traumatic stress disorders, patients were reported to actually forget their traumatic memories. The National Institute of Drug Abuse informed that the anxiety-reducing effects of CBD appeared to be mediated by changes in serotonin receptor 1a signalling.

When suffering from anxiety or depression, an individual may typically experience low levels of serotonin. Serotonin is the chemical that carries messages between nerve cells. Serotonin has also been referred to as the ‘happy chemical’, as low levels of serotonin in the body can affect our self-esteem, irritability, insomnia, appetite, aggression and impulsiveness. According to Healthline, the conventional treatment for low serotonin is a selective serotonin reuptake inhibitor (SSRI), such as sertraline (Zoloft) or fluoxetine (Prozac). It is said that some people may be able to manage their conditions with CBD as an alternative to Zoloft or Prozac.