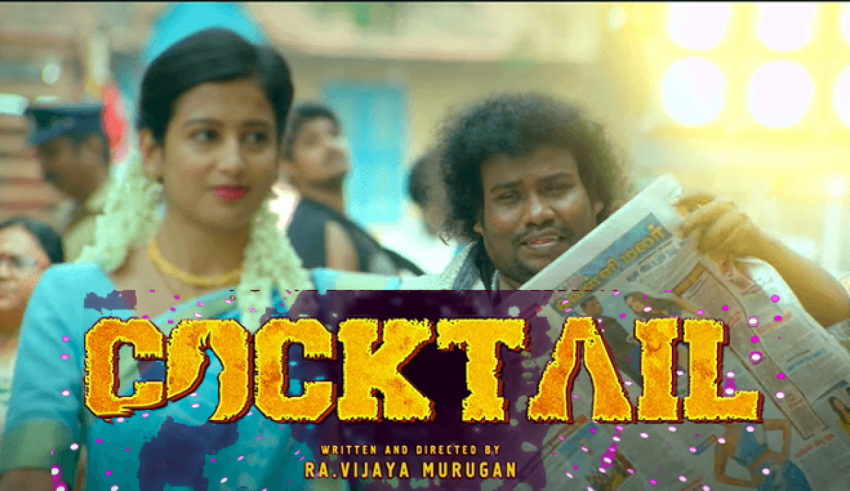 If you are running out of quality Tamil movies to watch during the lockdown hours that you would typically spend at a multiplex- just head over to ZEE5 for the rib-tickling dark comedy, ‘Cocktail’. The recently released, Tamil digital movie combines action and mystery and is also a comedy of errors, starring none other than Yogi Babu, alongside Rashmi Gopinath, Mithun Maheshwari, KPY Bala, Kawin, Sayaji Shinde and Meghna Ellen, Mithun Mageswaran, ‘Vettukili’ Bala, among others.

‘Cocktail’ is a story of four friends, and how they get entrapped into a plot to steal the ancient idol of Lord Murugan and its sell to foreigners, and that of an unidentified dead body that turns up amidst a bachelor party! The movie builds up like a well-orchestrated pot-boiler with some brilliant comic timing from the cast, especially in the bachelor party scene, which sets up a major part of the plot (and also draws comparisons with ‘The Hangover’). The resolution to the thriller ends with how the four friends strive to retain their friendship while seeking to prove their innocence and escape the ordeal surrounding the theft of the idol and other mishaps and still manage to remain friends forever at the end of it.

Hilarity ensues as these friends find the most unorthodox and slapstick solutions to every problem they face in the story, including disposing of a dead body! Leading the four friends is Don- a pet grooming salon owner, played by Yogi Babu, as Raja Manicken (Sayaji Shinde), the honest cop investigating the dead body found at the bachelor party, is hot on their heels! The chemistry between the actors sets up for some memorable one-liners that will keep you smiling and breaking into laughter, long after the movie has played out.

The highly anticipated Tamil cinema is a must-watch for fans of Tamil comedian, Yogi babu; and, is also Tamil filmdom’s answer to Western comedy movie series’ like ‘The Hangover’. Produced under the banner of PG Media, ‘Cocktail’ also features a foot-tapping background musical score from the popular composer, Sai Bhaskar. Clocking a run-time of 132 minutes, the movie was directed by Ra. Vijaya Murugan, and released on the 10th of July, 2020 for the Zee5 digital streaming platform.

‘Cocktail’ is a film that does not shy away from using exaggerative and over-the-top plot devices to take its story forward. There are some comic cliches you may recognize from the best comedies in recent years. The turmoil gets kicked into 5th gear when the plots involving the dead body and the stolen idol collide head-on. However, director Ra. Vijaya Murugan efficiently stitches the chaotic and comedic plot thanks to a hearty performance from the majority of the cast, with finesse.

So, what are you waiting for? Submit your funny bones to the two hours, action-packed laugh riot, that is ‘Cocktail’, right now!