The NBA is one of the most competitive leagues in the world sport, but one country that hasn’t added much quality into the division is the United Kingdom. They haven’t had a big impact on the sport for a long time, but that could be about to change over the next couple of years. 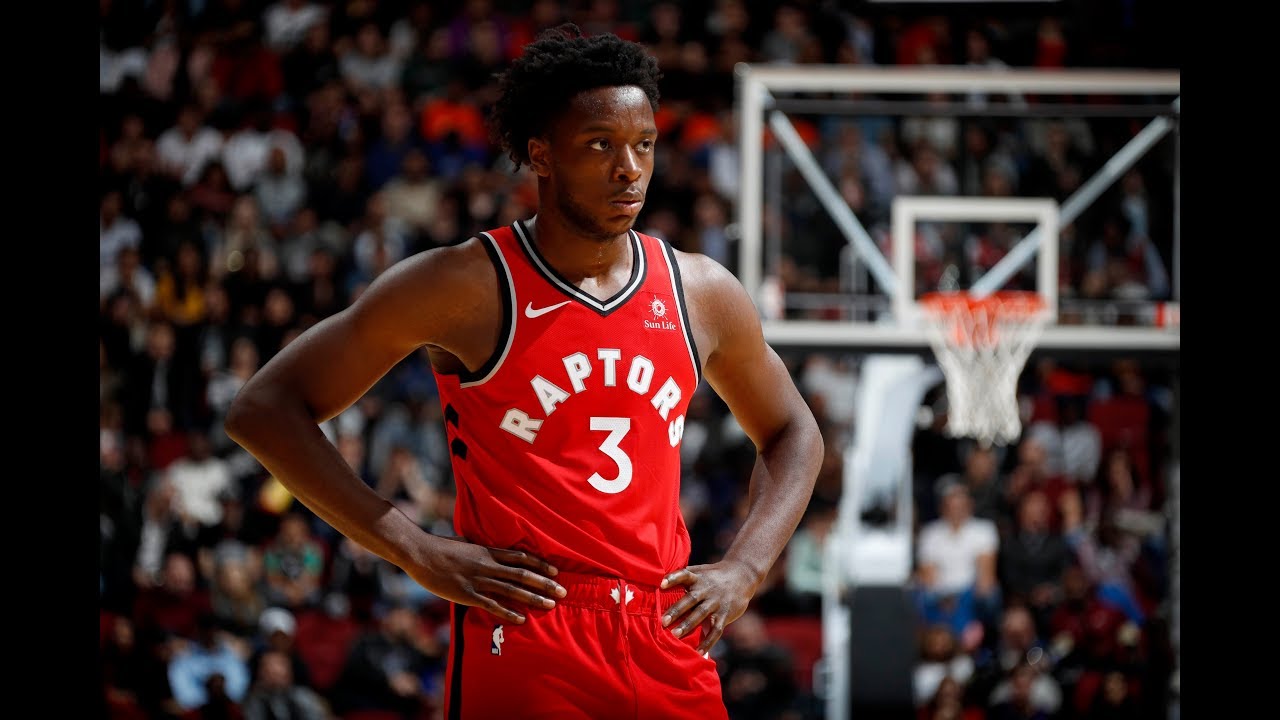 The sport, in general, isn’t as popular across the pond as it is in North America, and that ensures that players who have strong athletic ability in Britain largely opt for sports such as soccer or rugby. In fact, there aren’t many players from the UK that can claim to have won the Super Bowl, never mind winning the NBA Championship.

One man that could change all that however is OG Anunoby. The 22-year-old is taking the NBA by storm at present for the Toronto Raptors and recently posted a career-high points tally in an emphatic victory over the Charlotte Hornets. Granted, he will have a long way to go to be called the best Brit to ever play in the NBA, but there is a real opportunity for the sport to captivate across the pond with the young Raptors forward.

Anunoby was born in London, England before emigrating to the States with his Nigerian parents. They were forced to move overseas due to his father’s profession as a professor at Lincoln University. The Brit quickly took to basketball in his early days and wanted to follow in his brother’s footsteps and play a North American sport. His brother, Chigbo Anunoby played for the Cleveland Browns, Minnesota Vikings and Tennessee Titans during his career.

Anunoby continued his basketball career at Jefferson City High School. He excelled throughout his career, and during his senior season, he averaged 19.1 points and 8.6 rebounds per game. This record ensured that he was named as a finalist for the Mr Basketball accolade in the state of Missouri.

From here, he moved on to attend Indiana University, despite Georgia, Iowa and Ole Mississippi all vying for his signature. As a freshman at Indiana, he appeared in 34 games and averaged 4.9 points and 2.6 rebounds per game. However, his sophomore year didn’t follow this same pattern. He was named as a Pre-season All-American by The Sporting News, but he would miss a large portion of the season after picking up a knee injury in January. However, he wouldn’t let injury stand in his way and in April 2017 he announced that he would be entering the upcoming NBA Draft, which ended his career with the Hoosiers.

Anunoby was selected by the Raptors as the 23rd overall pick in the 2017 NBA Draft, and he signed his rookie contract with the Toronto based side in July. He made his NBA debut for the Raptors against the Houston Rockets, and he made an instant impression by scoring 16 points.

His first season was a bigger success than a debutant horse winning a Kentucky Derby race. He led the rookies in terms of offensive and defensive ratings.

The accolades kept coming for Anunoby as he was named a member for the World Team for the Rising Stars Challenge. However, his season would be cut short after he needed to have an emergency appendectomy. That surgery meant that he missed most of the run that got the Raptors to the NBA finals. He dressed for the games against the Golden State Warriors, but he didn’t get on the court.

This season promises to be an important one for the forward, as Nick Nurse has placed a lot of trust in his younger players to carry the void left by Kawhi Leonard. Only time will tell whether Anunoby can live up to this hype, but the initial signs are good.