Donald Trump  backs Sen. rand Paul’s plan to suspended aid to Pakistan US senator Rand Paul on Friday tweeted about a proposal to end not some, but all aid to Pakistan. President Donald Trump, fresh from a New Year’s day tweet criticising Islamabad, couldn’t help responding to his party colleague’s tweet.”Good idea Rand!”, Trump tweeted.In a video posted on Friday, the junior senator from Kentucky had announced that he will be introducing a bill asking to end all aid to Pakistan. 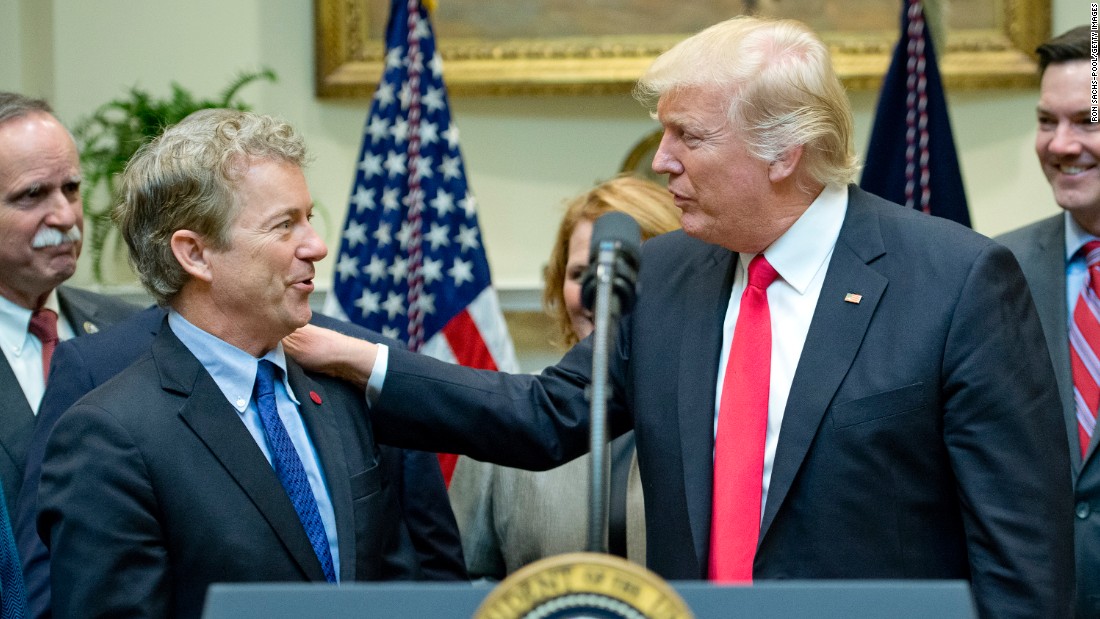 I am introducing a bill to do just that in the coming days+ . My bill would take the money that would have gone to Pakistan and put it in infrastructure fund to build roads and bridges here at home. We need to build our nation, not other countries. It is time for an America first policy and end to foreign aid,” he said.”The US should not give one penny to countries who burn our flag and chant death to America. Countries like Pakistan that stonewall access to key information in fighting terrorism,” he said. In the same video, Rand also lashed out at Pakistan for aiding and abetting terrorism as well as withholding key information, including the hideout of terrorist Osama bin Laden. “We spent $33 billion to Pakistan since 2002. What did we get for it? Well, Pakistan didn’t even help us find Bin Laden, even though he was living in one of their cities for years. Then they jailed the informant who helped us to get to Laden,” he argued. Yesterday, us president Trump had said that the US is keeping “all options” on the table to deal with Pakistan, if it doesn’t take decisive action against the Taliban and the Haqqani network and dismantle their safe havens. Paul’s comments came shortly before the State Department announced that the U.S. would freeze security assistance to Pakistan amid frustrations over the country’s failure to confront extremists within its borders. State Department spokeswoman Heather Nauert said Thursday that the Trump administration is still working out the exact dollar amount of the aid cut, but noted that it would be a large amount. The freeze also applies to the delivery of military equipment to Pakistan.]]>