Stephanie Gregory Clifford (born March 17, 1979),professionally known as Stormy Daniels, Stormy Waters or simply Stormy, is an American pornographic actress, screenwriter, and director. She is a member of the NightMoves, AVN and XRCO Halls of Fame. In 2009, a recruitment effort led her to consider challenging incumbent David Vitter for the 2010 Senate election in her native Louisiana.

On February 18, 2018, President Donald Trump’s personal lawyer, Michael Cohen publicly declared that he used his own funds to pay Daniels the sum total of $130,000 in October 2016, ten days before the presidential election, to maintain discretion regarding her romantic affair with Trump in 2006. On March 6, 2018, Daniels officially filed a lawsuit against Trump ,Daniels has asked the court to to declare that both the hush agreement and the side agreement “were never formed, and therefore do not exist.

because, among other things, Mr. Trump never signed the agreements.” Running into 28 pages, the lawsuit alleges that she was paid USD 130,000 by Michael Cohen, personal lawyer of Trump, to not to go public with her alleged sexual encounters with Trump when he was the then Republican-presidential candidate.

“The president has denied the allegations against him and again this case has already been won in arbitration,” the White House Press Secretary Sarah Sanders told reporters at her daily news conference. She alleged that Trump’s lawyer Cohen forced her to sign a false statement and that she never signed a hush agreement regarding the alleged sexual encounter with him. “Despite Trump’s failure to sign the Hush Agreement, Cohen proceeded to cause USD 130,000 to be wired to the trust account of Clifford’s attorney.

He did so even though there was no legal agreement and thus no written nondisclosure agreement whereby Clifford was restricted from disclosing the truth about Trump,” the lawsuit said. The lawsuit says that Clifford began an intimate relationship with Trump in the summer of 2006 in Lake Tahoe, which continues till 2007.

“This relationship included, among other things, at least one “meeting” with Trump in a bungalow at the Beverly Hills Hotel located within Los Angeles County,” the complaint said Responding to questions, Sanders said she is not aware that Trump was aware that his lawyer has made any payment to the adult film star at that time, which was made days before the 2016 presidential elections. “I can share that arbitration was won in the president’s favour, and I would refer you to the president’s outside counsel on any details beyond that,” Sanders said.

“This case had already been won in arbitration, and that there was no knowledge of any payments from the president and he’s denied all of these allegations,” she reiterated in response to another question. “The President denied these allegations. We’ve addressed this. The American people were aware of this, voted for the President. I don’t have anything more to add,” she said. Reached for comment yesterday, Clifford’s current attorney, Michael Avenatti, said Cohen, through his own attorney, Lawrence Rosen, has made further attempts to enforce the order and caution Clifford that she is subject to damages if she talks about Trump, NBC reported. 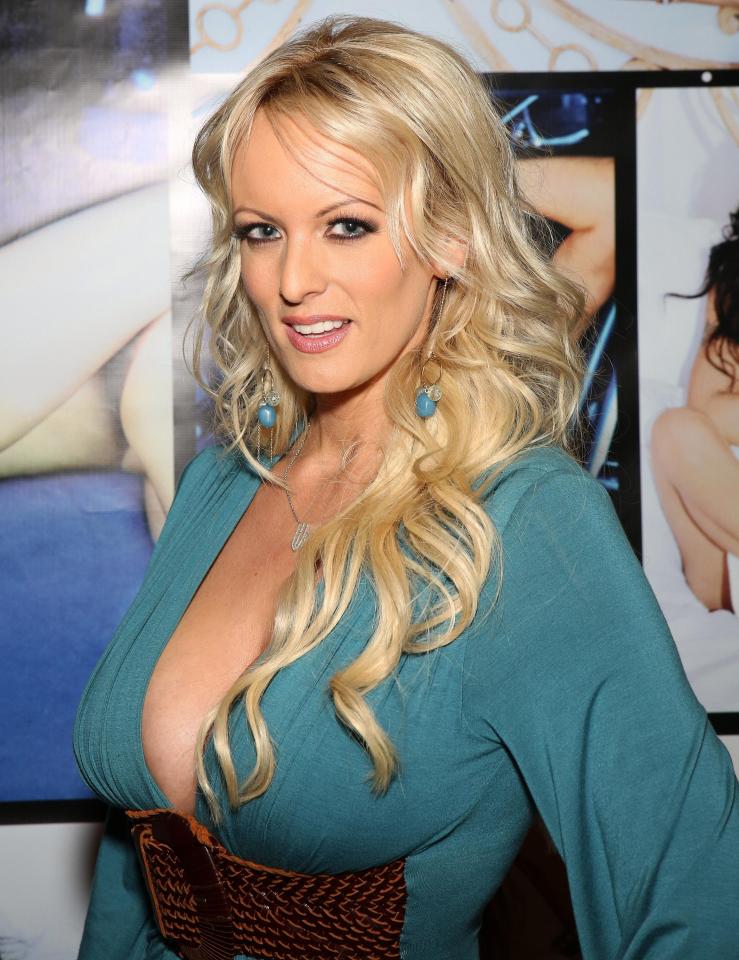 “We do not take kindly to these threats, nor will we be intimidated,” Avenatti said. In a statement Rosen said, an arbitration judge found that Daniels’ “had violated the agreement and enjoined her from, among other things, filing this lawsuit… We intend to pursue our recourse in the arbitration as agreed to by both parties and continue to categorically refute the claims alleged by (Daniels) and her counsel.” Avenatti soon issued another statement. “First of all, it does not appears as if (Trump) was even a party to the arbitrations (Daniels) is referring to. How can you win something you’re not even a part of? Secondly, claiming that Trump ‘won’ at arbitration when there has been no hearing, no notice to (Daniels), no opportunity given to her to respond, and no decision on the merits, is completely bogus,” he said. The New York Times and NBC news reported late last night that Trump’s lawyer secretly obtained a temporary restraining order last week to prevent Daniels from speaking out about her alleged affair with him.]]>