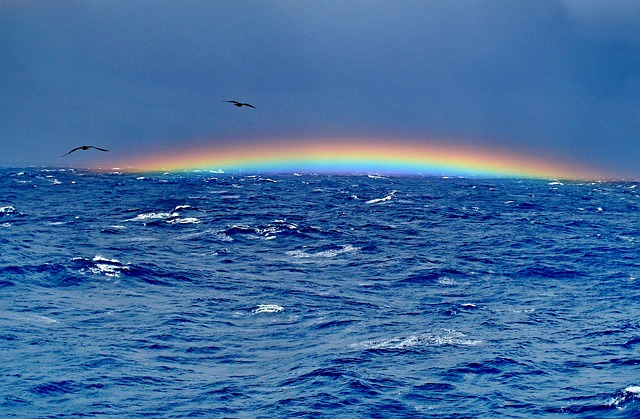 Bermuda Triangle also known as the ‘Devil’s Triangle’ is a name given to the famous geographical spot located in the western part of the Atlantic Ocean. The said location is famous for its mysterious disappearances of numerous aircraft and ships.

Bermuda Triangle more specifically is named due to the particular shape of the area mysterious things are reported to occur. The area of the Bermuda Triangle makes a shape of a triangle between three regions, namely, Bermuda, Florida and Puerto Rico.

Aside from Bermuda Triangle, there is a couple more pair of triangles around the world that bears mysterious occurrences. The name of these places with cryptical events are:

Bermuda Triangle-Name of A Mystery

The term ‘Bermuda Triangle’ was first used by a writer named Vincent Gaddis in 1964, when he published an article in the magazine called Argosy.

Although Vincent Gaddis was the first person to give Bermuda triangle its name, the term gained popularity almost after a decade when it was used by a writer named Charles Berlitz.

The idea of the term got its fame and recognition after Charles Berlitz published his book, ‘The Bermuda Triangle’ in 1974. The book discussed some hidden mysteries of the triangle and also claimed at some places of the city of Atlantis were real.

This particular book by Charles Berlitz got widely read and many researchers and writers followed suit in writing about the strangeness of the Bermuda Triangle.

Over the course of many years, hundreds of thousands of books, articles, theories and scripts are written involving and discussing the Bermuda Triangle, some of which are still mysteries to mankind, some others fabricated with a false clue and patterns for quick fame.

Disappearances and mysterious occurrences around the area of the Bermuda Triangle have intrigued many scientists and researchers. Many scientists try to find a valid and sound reason to explain unannounced mishaps and bizarre things that happen to ships and aircrafts travelling through this area.

But mostly, scientists are only able to produce some theories about the events, without any backup with the facts. Some of the famous theories are:

A theory says that the presence of large bodies of methane gas in the sky may result in an aircraft crashing or ships sinking before even giving the crew members to develop a contact on the radio.

This theory sound like fiction but propose the idea of a time-altering wormhole present at the spot which results in untimely bizarre occurrences.

Bermuda Triangle is one of the few places on the earth’s surface that messes with the natural electromagnet field of the Earth. A theory says that these errors may have caused ships and aircraft to malfunction.

Aside from these theories, people also say an intriguing thing about the Triangle like this dialogue in narrative essay “The biggest issues in that area normally are hurricanes, but it’s not particularly a spawning area for storms,” said Dave Feit, Marine Prediction centre.