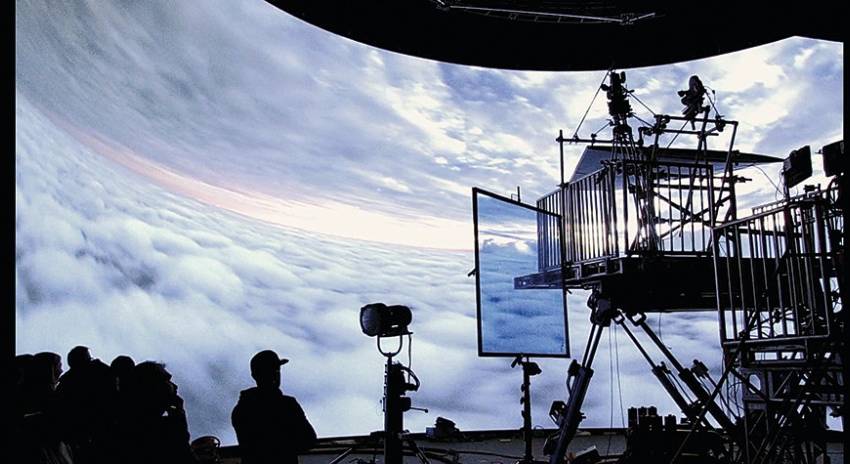 There are no limits to the creativity of those wanting to tell a story in the most visually appealing way. And the visual effects department has been helping them make it happen.

It has thus grown to meet the demands of visual content creators by continually evolving new techniques. VFX is also dependent on technology and improves with it. The right VFX outsourcing option will give you the best techniques and technologies that the industry has to offer.

Techniques Stepping Into the Spotlight

VFX development has traditionally been part of the post-production phase. The method has been to shoot and then let the VFX artists do their job. The actors and directors have had to use their imagination or a prop to represent the animated character or effect during filming.

This has started to change with real-time VFX. It involves rendering the desired visual effects at the same time as filming. The camera feed is sent directly to the VFX servers where a template of the desired effect or character is rendered. The finished frames with the animations and effects are sent back to the monitors present on set.

With this, directors can see their desired effects come to life at a moment’s notice, and not have to struggle with it later in the post-production phase. They can explore filming a scene in different angles, lighting, etc. on-site, and the actors can have a better visual reference to rely on for their performance.

This has been made possible by several impressive advancements in computer processing and graphics technology. The biggest advantage of it is time-saving.

Cloud technology has now come a long way, from being able to store just some files and share them with running entire systems on them. VFX studios are using the latest cloud-based technologies to produce the effects by using the required software on remote cloud servers.

VFX outsourcing has taken a new meaning in this case, where studios only have client systems to work on. The bulk of the heavy-duty graphical rendering is done using the processing power of cloud servers.

The advantage of this is the lack of need to have separate space for in-house systems for rendering, as well as the high-end technological infrastructure. It also allows for the flexibility of location, as anyone can use the systems from anywhere. That is particularly useful for studios having offices in multiple locations.

Cloud operators also come with quality connectivity, security, and constant technology upgrades. They can also bundle relevant software packages using the Software-as-a-Service (SaaS) model. This saves the studio’s costs on all these factors, though presently, cloud rendering is still too expensive comparatively.

Video games have been at the forefront of VFX use and development. It is natural that they will have the biggest influence on the VFX used in films as well. The most common tool used to create photo-realistic game animation and effects today is the game engine.

A game engine is a software that acts as the development environment for a game. And it is replacing traditional software used for VFX rendering in movies and TV shows for motion graphics, visualizations in 3D, and many more visual effects.

The advantage it offers is real-time rendering and far greater detail. It also frees up artists’ time by automating many of the tasks they do. Time-saving is the theme here, as directors can change elements of CGI instantaneously. Unreal 4 and Unity are the most widely used game engines.

The addition of animation to live-action shots requires precise tracking of the movements of the subjects in the sequence. The pertinent CGI elements must be added in-sync with them. Artists must pay heed to relative position, speed, timing, scale, orientation, etc. while merging many different visual effects from various sources.

VFX tools today are capable of doing all those things automatically and with far greater accuracy. They can aid or completely take the efforts off the hands of artists. This is especially useful in real-time renders.

Machine learning and Artificial intelligence are set to revolutionize all sectors, including the VFX industry. Some companies do their R&D in VFX technology, developing sophisticated AI algorithms to do many tasks, some considered impossible now.

It’s already being used to de-noise images and track actors without bodysuit artifacts like balls. It can also help render frames faster and cut processor usage. The future will bring greater accessibility, productivity, flexibility, and quality to VFX constantly and consistently.

Expand your idea’s reach through our Brainstorming platform

The topic we are talking about today is Brainstorming Platforms. Why? Keep reading! Do you…