There is a huge parade of talented and influential people on the face of the earth who have made quite a name for themselves on their own way and come out as influential personalities for others to aspire after. Likewise, there is a huge list of people in Emirates who, with their hard work and persistence, achieved so much in their life that they have become what they are today.

It’s an achievement over the top when something is achieved solely based on your individual efforts. In this article, we have mentioned two big names that have made it big with their actions and changed the world in their own way with their actions.

Here is a rundown on 2 of the most influential people in Emirates!

Mohamed Alabbar tops our list of most Influential people of Dubai. He is the founding Chairman of Emaan/Noor, one of the largest real estate development companies in the world with an annual revenue of $5.83 billion USD, known for developing Burj Khalifa and the world’s largest mall Dubai Mall. He is an active global entrepreneur keenly interested in real estate, retail, luxury hospitality and now e-commerce, technology, logistics, and the food industry. 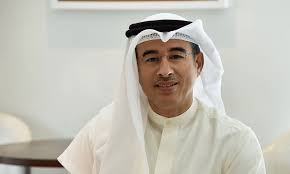 His career started after he graduated from college and took his first job as a banking manager at the Central Bank of the United Arab Emirates. Now, he is a member of the government’s Dubai World Expo 2020 Higher Committee.

A makeup artist by profession, the 33-year-old Huda is an Iraqi by origin as both her parents belong to Iraq. Huda Kattan started her career back in 2010 by inscribing makeup tips and tricks and also filming videos on the giant video sharing social media platform, Youtube. She instantly clicked in the minds of the people and successfully managed to get a huge number of followers and subscribers on her Youtube Channel. 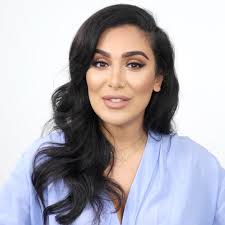 Once she was famous enough, she used her fame and founded her very own beauty brand by the name of Huda Beauty. Under her brand, she sells fake lashes, nails, henna tattoos and lip contouring kit which are her best selling products. Today she has 20 million followers on Instagram and in 2016, her account was ranked as number one out of the top 15 accounts in the Middle East.

Today, she is famous among everyone who loves makeup and the world of makeup is literally incomplete without the mention of her. It is inevitable to mention her while talking about modern makeup techniques. With her persistence, she turned from an ordinary beauty blogger to one of the most influential social media stars and Arab businesswomen in a matter of a few years.

Arif Naqvi, the founder, and CEO of The Abraaj Group has made some of the noblest private equity transactions around the global market and has decades of experience of financing in both public and private companies. Mr. Naqvi has built Abraaj Group, an investor operating in Africa, Asia, Latin America, Middle East, Turkey, and Central Asia, into one of the leading private equity firms since its launch in 2002. He also holds the position of being the firm’s global investment committee. 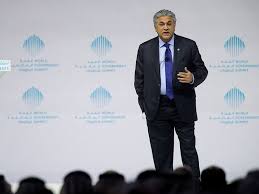 A Pakistan Based influencer who took off his career with Arthur Andersen in London and American Express in Karachi and now owns man private and public companies.

CEO of Tecom Group and chairperson of the Dubai Design and Fashion Council, Amina Al Rustamani is one of the most influential and charismatic business leaders of UAE. She is in charge of 11 business communities across seven industry sector-focussed free zones staunched to information technology, media, education, design, wholesale, sciences, and manufacturing. 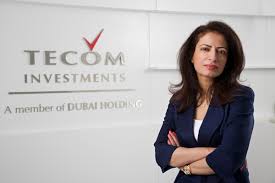 The founder and the president of the Schön Properties, Danial Schon made a big name after setting up the real estate development division of Schön Group. After he was appointed as the President of the Schön Group by the family, he has successfully and firmly transcended the slope of the Schön family legacy upward. He has continued to create the same charismatic entrepreneurial flair that the family is known to keep. 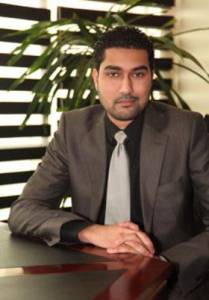 With the vision of Danial H Schon, the Schön Properties skyrocketed from being Dubai’s leading, income-generating family office into a real estate development powerhouse. With his skill to plan strategic and successful land acquisition, deal-making and leadership, he is responsible for the amassing of Schön Properties’ $2bn property portfolio. He has delivered more than 1.65 million sq ft. By January 2017, he became instrumental in the sale of 2.33 million sq ft of Schön Properties’ Dubai Lagoon project to Xanadu Real Estate Development for an undisclosed amount.