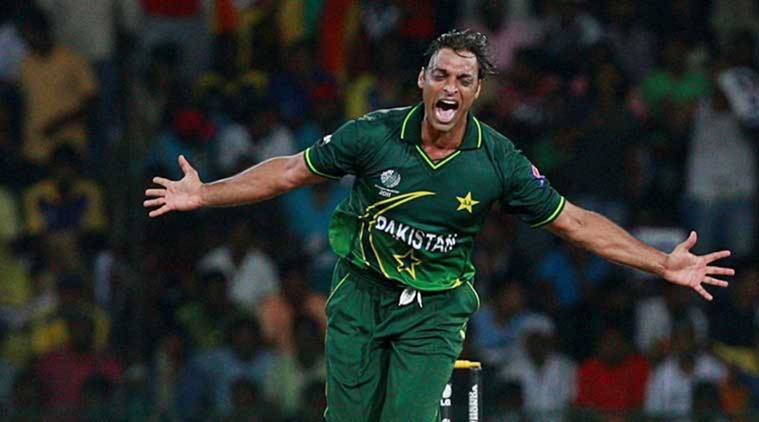 Former star cricketer  Rawalpindi express Shoaib Akhtar has been appointed as the adviser to the chairman of the Pakistan Cricket Board (PCB) on cricket affairs, the board’s head said Friday night on social media, adding that he will also take on the role of its brand ambassador.

Akhtar, 42, has previously been critical of Najam Sethi during his time as chairman. In 2013, he said that Pakistan cricket had deteriorated under Sethi, and that he needed to understand he was now “a chairman and not a TV anchor”. In 2015, after Pakistan’s heavy defeat to West Indies in the World Cup, Akhtar laid blame on Sethi and the entire PCB management. In addition, he had several clashes with the PCB as a player during a 14-year career.
From 1997 to 2011, the ‘Rawalpindi Express’ represented Pakistan in 46 Test matches, 163 one-day internationals, and 15 Twenty20 internationals, taking a collective 444 wickets in the three formats.
Akhtar’s job description and scope is currently unclear, but it appears that the relationship between Akhtar and Sethi has improved significantly. Akhtar announced on Twitter that he “was honoured to be chosen by the PCB”.

Am honored to be chosen for these positions in @TheRealPCB ,will work with same passion as i did when playing.Thank you once again!#ShoaibAkhtar #PCB #BrandAmbassador #Advisor

Akhtar, 42, holds the record for the fastest ball delivered in recorded cricket history (100.2 mph). He responded positively to the announcement, saying he wanted “to take Pakistan cricket to the next level”.

Who will do my java homework?

Do you ever think about who will do my java homework? Certainly yes! As a student one can …