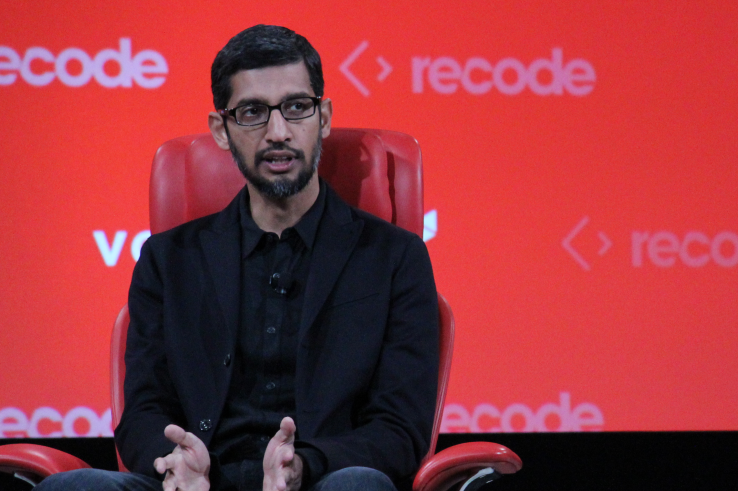 Google CEO sunder Pichai: ‘I don’t regret’ firing James Damore Google CEO Sundar Pichai has no regrets about firing James Damore, the engineer responsible for a controversial diversity-related memo last fall, though he said the way it played out in public was unfortunate. “I regret that people misunderstand that we made this decision because of a political belief one way or another,” Pichai said on Friday in a filmed discussion with MSNBC and Recode. Pichai said he wished the story hadn’t made it to the public “in such a polarized way “It was the right decision,” YouTube CEO Susan Wojcicki, echoed onstage. It’s been almost six months since the company dismissed the engineer, who authored a controversial memo about purported gender differences. In a 10-page rant, Damore made a series of claims arguing against Google’s diversity initiatives, some of which he incorrectly characterized as confirmed by science. The decision to oust Damore received a lot of praise — and also a lot of condemnation. And now, Damore is threatening a class action lawsuit, alleging discrimination against what he labels as conservative views. (As a corporation, Google is within its legal rights to fire an “at-will” employee for just about anything, as long as they aren’t discriminating against a protected class.) “The last thing we do when we make decisions like this is look at it with a political lens,” Pichai insisted. Ultimately, the company decided it was important for Google to “create a culture that is more supportive and inclusive of” women. Wojcicki echoed that “if something violates our code of conduct, we should be able to take an action.” She said Damore’s writing struck a chord because she has devoted her career to technology and has encouraged other women to follow suit. His remarks “just seemed to set us back so far in so many ways.”]]>