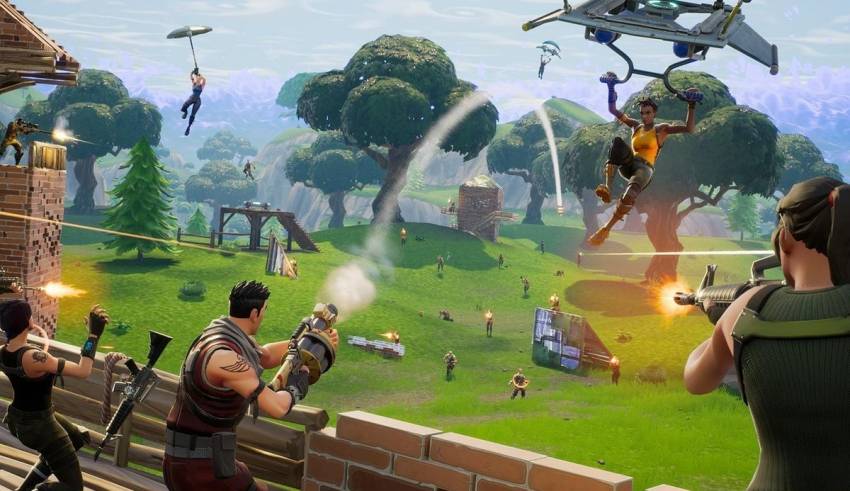 Home entertainment Grab a bull by its horns and… bounce around?

Fortnite has been running for three years, so of course, they need to spice up the island every once in a while. From new modes being introduced to weapons added and vaulted, there’s always something new to explore in Fortnite BR. Currently, Epic Games added the Inflate-A-Bull ite to the game. We’ll explore what it is and what it does and how it can impact your Fortnite account ranking.

The Inflate-A-Bull is a new Fortnite item in the game. It’s something of a cow suit that lets you bounce around like a kid on a trampoline. When equipped, it replaces your back bling with an adorable floatie-looking cow. Activate it by jumping while in mid-air.

The suit puffs up to its maximum, and you can now roll and jump higher and further by holding and releasing the jump button. There’s a rhythm that’s easy to mess up when jumping though, but you’ll get far with even one good bounce. It’s not gonna last forever though, it has an ‘air meter’ that depletes for every jump.

Getting hit will pop the suit, and it’ll take longer to recharge than when deflating it yourself. It does protect you from the hit, though. Another of its effects is that while active, it attracts aliens and UFOs, as they seem to love abducting cows. It also removes parasites stuck on your characters and squishes them flat. Still, it’s a great Fortnite item for the mobility it offers.

Where to Get the Inflate-A-Bull

As a rare (blue-colored) item, it’s available in all kinds of chests and loot stashes or at the Fortnite item shop. Of course, getting it is still reliant on RNG. There seems to be a higher chance of getting it from IO chests and supply drops, though. It’s not something you can get by buying a Fortnite account for sale.

A guaranteed way to get it is to buy it from Rick Sanchez in the IO base. Depending on player interest, that place can be crowded so be careful when visiting him! He sells the Inflate-A-Bull for 25 gold bars, and he sells only one per round. Be quick, else someone else might get it first! Well, you can also loot it off someone else’s corpse, but getting one without the danger is always preferable.

Well, aside from the challenges that require its use, it’s a great tool for getting into the safe zone from the storm. Since the change in map, players lost a lot of mobility options in getting out of the storm. Sure, this could all be a temporary mechanic due to the ‘Invasion’ theme of the season. However, you can expect something else to replace it.

At any rate, it’s just a lot of fun bouncing and rolling around. It’s like experiencing a bounce house but in reverse (it’s you who is bouncy, not the environment). Who doesn’t like jumping around in a bounce house anyway? This is a safer method to enjoy something like it. Anyway, strategic use of the Fortnite item can lead to a better chance for the Victory Royale than not using it.

It can be a little hard to control. Missing the timing of the bounce can send you flying in a direction you didn’t want to go. Also, bouncing off other Inflate-A-Bulls is a surefire way to fly out of control. More than that, it’s easier to get abducted when using one.

Then there’s the glitch. Some players noticed that a series of actions can lead to the suit being ‘driveable’ that leads to the player being essentially invulnerable. The storm can still damage and kill them, but nothing else can. An offshoot of the glitch turns them invisible instead.

Due to these bugs, the Fortnite item was disabled from any competitive mode and the devs are working to fix them. They are potentially game-breaking and will ruin any player’s day if exploited (except for the one exploiting it).

Whether a matador or a bouncy bull, we hope you continue enjoying Fortnite! It’s constantly evolving and changing. After all, doing the same thing, again and again, can become boring. That’s why it needs to adapt and mix things up. Otherwise, gameplay can become too stale and repetitive. Nothing says ‘as boring as watching cows eat grass’ better than unchanging gameplay.

It’s time to hoof it and enjoy bouncing around as an inflatable cow! Or else, you’d be ground beef.

In brief, the motherboard is also referred to as the logic board, baseboard, system board,…