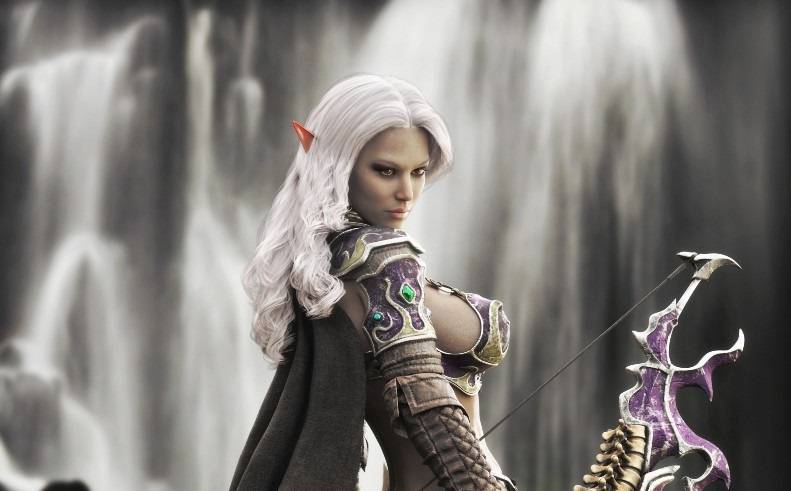 Home entertainment Have fun and enjoy playing these classes!

In WoW TBC Classic, you can’t respec your character as you like. Compared to Retail where it’s possible to have Dual Specializations, in Classic you just have to suck it up and keep the specialization you went with. Sure, there’s a respec option, but it’s kind of costly. The price is at first a measly 1WoW TBC gold, but it increases every time you use it. Your second time would cost 5 gold and then it goes up by 5 for every use.

It’s not going to go up indefinitely. It’ll eventually stop at 50 gold and won’t go up any further. However, that’s kind of costly, especially if you want to keep switching back and forth. That said, it’s a mechanic that keeps the immersion and enhances the role-playing aspect of the game. Contrary to popular belief, keeping this service at a low price will not solve the tank shortage. It’s already possible in Retail but the problem still persists.

All of this only means that players have to stick to their specialization, unless they want to keep farming WoW TBC Classic gold to fund their respec needs. At any rate, here are the best classes (and one specialization) to keep in mind and enjoy playing in WoW TBC Classic, in no particular order.

Priests are a support-focused class, which makes this specialization special and unique. It’s basically a DPS Priest specialization, though can still heal well enough in certain circumstances. Classic WoW didn’t give it too much of a focus, as true DPS classes still perform better than Shadow Priests. That isn’t the case for WoW TBC Classic.

In The Burning Crusade, they can dole out damage like it’s nobody’s business. It helps that they have a variety of crowd control skills such as silencing enemy casters or the ever-useful Mind Control spell. You might notice that their abilities look and feel similar to Warlock spells, but are about 10 times stronger. It’s a class for both PvP and PvE, so consider playing this class!

Much of the fun of playing a Rogue stems from their ability to Stealth and ambush enemies. They’re more of a burst damage dealer or damage over time user than a sustained one. Their abilities deal massive damage but they have low survivability. They don’t have any self-healing options, and leather armor doesn’t really provide adequate defenses. If their one-shot skill didn’t kill the enemy and they’re on cooldown, they’re in danger.

Still, the thrill of toeing the line between life and death can be an amazing experience for some players. It’s going to be a bit difficult to level it up, and being a strictly melee class can be a turn-off for other players. However, it can be very gratifying once you get the hang of using one.

Mages remain the most popular class in WoW. With a variety of spells that can either deal damage or apply debuffs, Mages can be a DPS or support as needed. Of course, they are quite squishy, wearing only light armor, but they can defeat enemies fast enough that it doesn’t have to matter.

It helps that it’s an easy class to use and master. All kinds of players can play this class competently, from beginners to veterans. These factors make it a popular choice as a class, as evidenced by their population in any kind of server.

This class is also a popular class to play since it’s one of the top DPS classes in any raid. They can also tank if geared and specialized for it, and in some cases, they’re better than Paladins. Plus, swords are always a cool weapon to bring around, and some of them look very cool indeed.

They can be difficult to solo level, so parties are recommended. The class also relies on WoW TBC Classic items so having some WoW TBC Classic gold to invest in their gear can be a benefit. Everything gets paid back once you’ve leveled it and go raiding. The Fury specialization and a 2-handed weapon can mean ridiculous amounts of damage.

When you want a pet but don’t like using bows, why not try a Warlock instead. They have summons which are almost hunter pets in everything but name and looks. That lets them level easily, having the pet tank the mobs and then blasting those with spells. It’s a less popular choice despite that. The best thing about them is the quest-specific abilities they can get.

Perhaps the most limiting factor of why this class isn’t more popular is the relatively few races that can become one. Undead, Orcs, Human, and Gnomes are the only ones who could become one, and not all players are inclined to use those races. At any rate, it’s an underappreciated class that needs a bit of love.

Player preferences play a big part in which class they’ll enjoy most. If you find that you’re not having fun with any of these, that’s alright, and you can try the four remaining classes. When you find that you can’t enjoy any of them, maybe it’s time to move to another game instead. The point is, don’t be afraid to experiment and figure out what’s best for you.

These are the best classes to have fun with, either through versatility or specialization. Sure, the other classes can be fun too, but these give the most balance between fun and effort in leveling or other activities. Plus, they play very differently in Retail or Classic. Enjoy these characters in your WoW TBC Classic account!