Skip to content
Software
When it comes to archive file formats, the TAR format has its own exalted place, especially in the Linux community. In case you use TAR archive files to compress and store data, you may occasionally find the data files getting corrupted. In this article, we look at using the powerful DataNumen TAR Repair utility to extract contents from a compromised TAR archive in the shortest possible time.

The TAR archive format has been in existence for a very long time since it first made its presence in Version 7 of the Unix operating system in the year 1979. Since then this reliable format has been widely used to store compressed data in Unix and Linux ecosystems. Today you can even find Windows applications that store data in the TAR format. In many firms, TAR files are typically used to store data, especially if they are working on servers and Linux systems. The format still finds a strong following in the open-source community which swears by its quick capacity to compress and decompress data files. The format also offers better compression in many cases depending on the compression algorithm. However, despite its several benefits and an esteemed legacy, TAR archive files remain quite susceptible to data corruption. 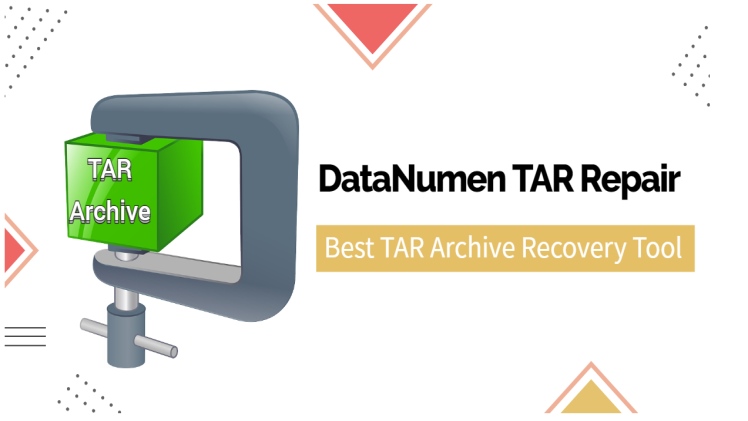 As with files in any archive format, TAR files too are vulnerable to corruption especially during the transfer from one system to another or over the internet. Checksum errors are common with TAR archive files especially when you try to open files that you have downloaded. In the case of large TAR files, data corruption errors are occasionally noticed on some systems. You might find an error message that mentions a corrupted TAR file in case of a data file exceeding 2GB in some old systems. At times input/output errors can also compromise the data present in your TAR files. In some cases, TAR files can get corrupted due to conflicts arising out of mounting a CIFS file system.  That apart, typical hardware issues like excessive temperature, etc. can compromise the data stored in TAR files present on a removable media device.

Irrespective of the cause behind the corruption of TAR files, the best possibility of recovering the compromised data lies in the use of the efficacious DataNumen TAR Repair utility. The potent application can draw out the contents present in the compromised TAR files while maintaining data integrity. The software is capable of handling humungous TAR archive files with support for files up to 2TB. The application offers a batch recovery mode which comes especially handy if several files are to be recovered at once. If needed the application can also be utilized as an eDiscovery tool. Last but not least this proficient application has the best recovery rate amongst its peers and is extremely easy to use.

For those of us who use both Windows and Linux machines at their workplaces, this is a must have tool. At some times when you host TAR files on a Linux server and someone in an office branch tries to download and use it in on a Windows client, he/she may get inane error messages while trying to open the TAR files. It is thus best to invest in the DataNumen TAR Recovery application to stave off chances of data corruption and ensure the data present in TAR files remain accessible to all users.