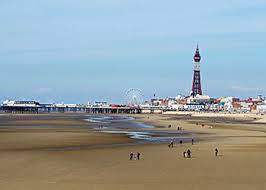 Home entertainment How To Throw the Most Epic Paintball Party

Did you know that paintball guns originated in the forestry and agriculture sector? To begin, they were used to mark trees for logging. But have you ever felt the joy of using them to shoot your friends and family?

If you are organizing a party for yourself or your children, paintball is a great choice. Read on as we discuss how to organize a paintball party.

When thinking about paintball for parties, the first decision is on where you will host it. You have two options. Either, you go to a designated place that supplies all the equipment, or you host it on your own land.

There will be a number of paintball grounds in your local area. Check online and see which are the most highly rated. The benefits are that they will supply all of the safety equipment, guns, and have designated areas to play the game in.

However, they may charge for extra paintballs after a certain amount is used. This can get expensive, and very costly if you are with parties of children.

If you have a good amount of land, you may consider organizing the party yourself. You will need to get safety masks, overalls, guns, and paintballs. Look out for great offers online such as https://paintballdeals.com/collections/fully-automatic-guns

Give It a Theme

You may think that a paintball for parties is theme enough. However, you can really take it one step further by combining it with another great idea. All you need to do is think of all the combat games and shows people and children love to watch and play.

For example, can you imagine throwing a Fortnite-themed paintball party? You could ask everyone to dress up (changing before the paintball starts) in their favorite skins. You may even be able to create cakes and cookies shaped in themes from the game.

If you are the kind of parent who likes something a bit more educational then think of a historical theme. You could have characters from the wild west. If your party is on the fourth of July, you could even reenact Independence Day.

Movies and comics are also great choices. Perhaps the Avengers may be facing off against each other, or the Stormtroopers have landed in your own backyard.

How to Throw a Paintball Party Game

Presuming you have organized the paintball yourself, and not gone to a paintball park, then you need to know some paintball game ideas. It is a lot more complicated than just running around shooting each other.

The first game to try out is a regular battle. This lets people know the rules of the general game and prepares them for when you try more complex activities later. You will need a lot of space, and items that provide cover.

The rule is that when someone gets hit by a paintball, they have to leave the field of play and are out of the game. The objective is to eliminate all members of the opposing team.

You should always add a time limit to games. This increases the sense of urgency and encourages people to push on, instead of just hiding. Give regular call-outs regarding time left, and the team that has the most players at the end is declared the winner.

Capture the flag is a variation on the main game and adds a whole new element of fun to your paintball party ideas. You begin by planting a flag in the middle of the field. The objective is for the team to get to the flag first and hold it.

If they get hit by a paintball, they are out. They must drop the flag in place and someone else can get hold of it. The winning team is the one with the flag when the timer is up.

If you are wondering how to play paintball and have never done it before, then you should know that paintball hurts. The balls can be quite hard and depending on the power of the gun, can sting a lot. Therefore, it is important to reinforce safety.

People should wear safety visors at all times to protect their eyes. These should only come off when everyone has put their guns down on the ground. Even after people are eliminated from a game, they may still get hit by stray projectiles.

Paintball is also physically taxing. It involves a lot of running around on uneven terrain and making use of cover. Therefore, it may help to check the field for any items that may cause injuries such as nails or wood and sharp debris on the ground.

Paintball takes up a lot of energy. Therefore, your party guests are going to need some sort of refreshment between bouts. Take lots of water and drinks, along with high-energy snacks.

At the end of the paintball games, people will be extremely hungry. This is when you should serve the actual party food. You may have decided to have a sit-down dinner, buffet, BBQ, or visit a restaurant.

If you have gone to a paintball ground, they may do the snacks and drinks catering for you. Discuss this before you go. If you have a birthday cake, it is also advised that you leave it until after the paintballs have stopped flying.

Most of all, it is imperative to have fun at your paintball party. Mix teams each time, so people learned to work with others and build bonds. After this, you will all have a great time eating, drinking, and discussing the fun you had.

If you enjoyed this article, we have many more to help. From party planning to children’s activities, we can keep you entertained this coming year!