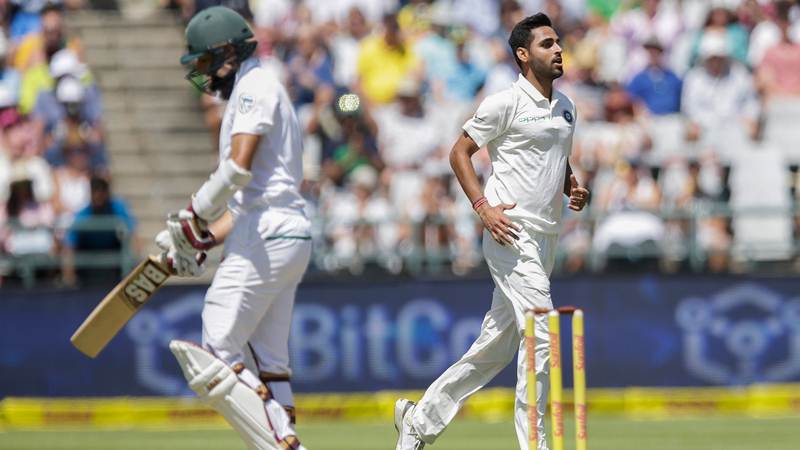 India vs South Africa 2018, 1st Test, Day 1: South Africa came back strongly after 286 all out in first inning There was quite a buzz around India’s tour of South Africa. Two strong teams are face-to-face. Team India is number one in Test then in ODI South Africa is number one rank team. According to the expectations, both the teams are challenging each other. Before the start of the match it was said that the pitch initially helped the fast bowlers There was quite a buzz around India’s tour of South Africa. Faf du Plessis had already spiced up the impending clash with his “score to settle” comment.His bowlers have given early bragging rights with the wickets of India openers and the prized scalp of captain Virat Kohli after South Africa were 286 all out in their first innings. The opening day of the first Test at Newlands lived up to the expectations offering an absorbing contest between the bat and ball. At the close of play, India were 28/3, trailing by 258 runs on Day 1 in Newlands. Earlier, the hosts south Africa were tattering at 12/3 but they staged a remarkable recovery majorly due to the 114-run stand between de Villiers and du Plessis. A breezy knock from de Kock down the order also proved instrumental in taking his team close to 300 and Philander played the perfect foil to him. The Indians were good with the ball but lacked the teeth to run through the opposition. Bhuvneshwar Kumar was the standout performer and finished with a 4-fer.It was at this time that Africa would make a big score. But after lunch, after two wickets falling quickly, Africa again got stuck in a deep crisis. 5 wickets fell on 142 runs From here it started the same problem for India, which often bothers him. The tail batsmen once again raised the headache of Team India bowlers. Where the first 5 batsmen added 142 runs, the last five batsmen added 144 runs for the team. Keshav Maharaj’s 35, Rabada’s 26, Dale Steyn’s unbeaten 16 made his team to a respectable score. Credit to the South Africans for being on the money and making life difficult for the batsmen but there is literally no excuse All three Indian wickets to fall in the final session were batsmen’s fault. Murali Vijay chased an outside off stump delivery to be caught at gully on 1 off Vernon Philander. Shikhar Dhawan (16) was looking good with two fours in the first over but then pulled one from the returning Dale Steyn to offer an easy return catch. At 18/2 in 5.2 overs, the onus fell on Kohli and the ever-dependable Cheteshwar Pujara to settle the jitters. But Morne Morkel rattled the visitors further, getting extra bounce and remove Kohli (5) with his first ball of the Test. Once again in the match, the team India’s drawback came in the slip. Team India’s fielding is considered to be the worst in the world . Especially in the slip, Shikhar Dhawan fizzles out very well. In this match, he was fielding at the slip, when he left the catch of Keshav Maharaj on Bhuvneshwar Kumar’s ball. This catch proved to costly India. Keshav Maharaj, together with Rabada, added 37 runs for the 8th wicket. Keshav Maharaj played 35 balls in 47 balls.]]>