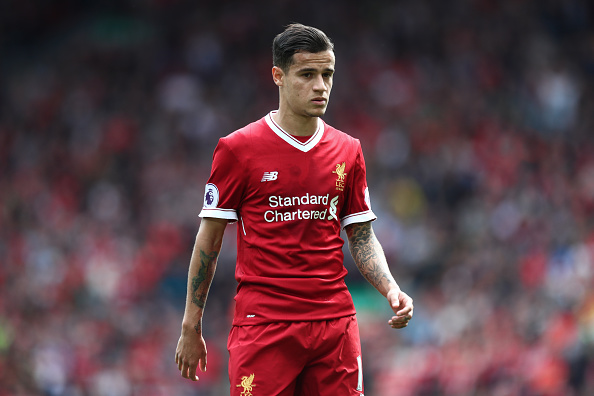 <![CDATA[]]>
<![CDATA[LIVERPOOL, ENGLAND - MAY 21: Philippe Coutinho of Liverpool during the Premier League match between Liverpool and Middlesbrough at Anfield on May 21, 2017 in Liverpool, England. (Photo by Robbie Jay Barratt - AMA/Getty Images)]]>
Home Sports Liverpool look increasingly likely to lose Coutinho to Barcelona with a £142million deal

Coutinho’s representatives are said to be in Spain today to finalise the details of his transfer and the deal could be announced over the weekend.Barca had three bids for Coutinho rejected by Liverpool in the summer, the largest of which was worth £113m, but Balague says the La Liga leaders will go “as far as it takes” to get the Brazilian, and are preparing a bid of £133m (£97.5m up front plus £35.5m in add-ons).Balague says Barcelona are under pressure from their players to get the deal done in January, and that waiting until the summer will only benefit Liverpool. “Discussions between clubs are taking place about the price right now. I think contracts are being written. The figure Liverpool will start considering is 150m euros (£133m), and Barcelona will be willing to pay even more as they want this to happen. Barcelona will want to announce it next week.Coutinho’s departure will come as a bitter blow to Liverpool’s chances of making the top four but the midfielder leaves on good terms after giving his all this season despite the Reds blocking his dream move last summer. Liverpool stood firm on the Coutinho saga in the summer, but the form of Mo Salah this season may have eased their concerns about squad depth and quality.Balague says the only stumbling block to the deal going through would be whether Jurgen Klopp wants to keep Coutinho until the summer, but the Spanish football expert sees little to be gained from that.]]>