<![CDATA[ <h2>India vs South Africa 2018: Pandya’s fighting 93 lifts India on Day 2 saves India embarrassment Hardik Pandya came to bat when India’s score was 76. India had lost their best batsman of the innings on the first ball after Lunch. Cheteshwar Pujara, who had batted cautiously and left everything outside off-stump till then, poked his bat at one similar delivery was caught in the slips. Vernon Philander got the ball to move drastically away from Pujara. Any new batsman would dread this scene Pandya counter-attacked the South Africa pacers who had been brilliant till then Hardik Pandya struck his second Test fifty off just 46 balls but missed out a well-deserved ton on Day 2 of the first Test against South Africa. Pandya, who got out on 93, was well on course to his second Test ton but was unlucky to miss it after he edged a Kagiso Rabada delivery behind the stumps. 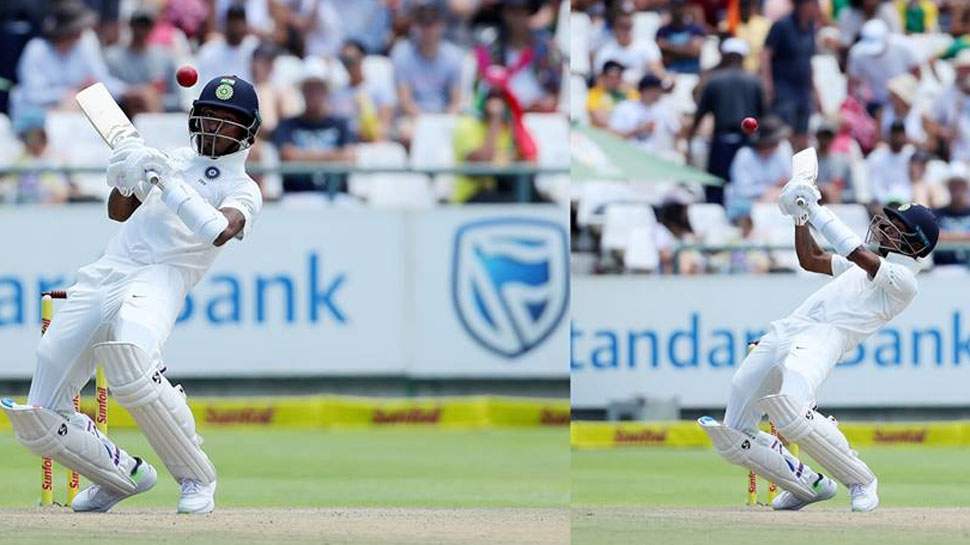 Pandya hit 14 boundaries in his 93 run inning, a lone six in his stroke-filled knock that came off 95 balls. India was in dire straits when Pandya came to bat but he took the attack to the opposition in the first Test at Cape Town with a fighting knock on Saturday. India were bowled out for 209, handing South Africa a crucial 77-run first innings lead.he was able to play his attacking game was thanks to Bhuvneshwar Kumar who was rock solid despite the ball beating his bat on several occasions. He scored his first run off the 34th delivery and then cover drove Rabada for his first boundary. With the duo settling in, Faf du Plessis introduced spin in Keshav Maharaj but he leaked 12 runs in it with Pandya clobbering a six and four in it. This was fastest half-century on South African soil so far has been named after Mahendra Singh Dhoni in the Test. Dhoni had scored half century in 40 balls in the 2010 Centurion field. Virender Sehwag on the second number. He made 46 off 46 balls in Centurion in the same half-century. Now Pandya has joined 50 in 46 balls in this race.]]>