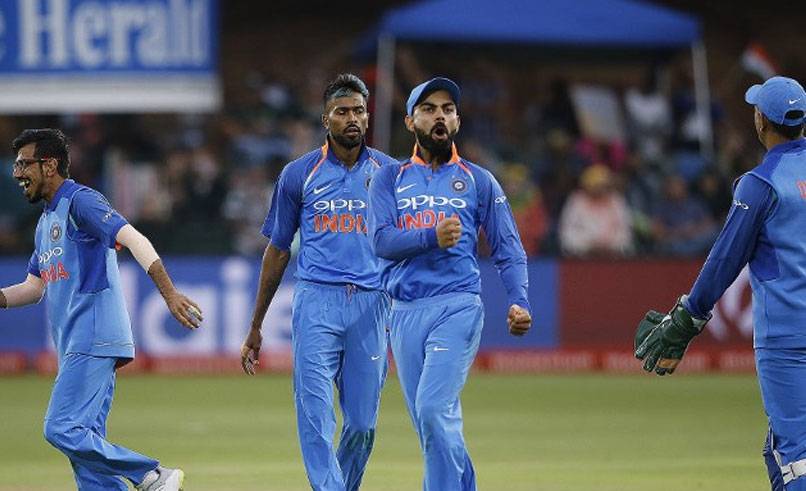 <![CDATA[]]>
<![CDATA[]]>
Home Sports Indian captain Virat Kohli Says His Ultimate Aim In Life Is To Have A Sporting Culture In India

Indian captain Virat Kohli Says His Ultimate Aim In Life Is To Have A Sporting Culture In India India captain Virat Kohli is a go-getter on the cricketing field as he strives for excellence whenever he steps out to play Indian cricket captain Virat Kohli, has revealed that his ambition in life is to develop a sporting culture in India. The Indian captain is renowned to be one of the most passionate and agressive players of the game and in a recent interview with a leading newspaper reiterated that a vibrant sporting culture in India will allow people to follow all forms of sports equally. Stating that he is excited about the current situation of sports in India, the 29-year-old maintained that next decade will witness a rising interest in sports across the country. speaking with  Times of India, Virat kohli  said, “My ultimate aim in life, in general, is to have a sporting culture in India where people know each and every sport inside out; to be able to follow all sports equally. I am certainly excited about the fact that we are at a juncture where we have a chance to create that in the next 10-15 years and we foresee Goa as the hub where footballers feel, ‘if I want to become a high-class footballer in India, I need to go there and train’.” When asked why cricket has been more successful than football in India, Kohli pointed out that it was due to the scarcity of top-level leagues. “It’s lack of leagues like this at a major level. There is nothing like globalising the sport. With the kind of visibility on television and the kind of access that people have, it’s creating awareness. People know Indian players. People even watched all those who played at the Under-17 World Cup. It’s all about visibility.Unless you get to show your talent, on television screens, it’s very difficult for people to start liking something.” Citing his own example, Kohli said, “It happened with me as well. If our Under-19 World Cup wasn’t televised, maybe I wouldn’t have been sitting here. Our matches were televised and we got our chance to portray our talent. Then people started talking about us. The kind of visibility that the league has will play a major role.” Kohli have been rested for the upcoming tri-series in Sri Lanka beginning March 6. Rohit Sharma will lead India’s new-look 15-member team that will be minus quite a few regular starters. Shikhar Dhawan has been named vice-captain of the Indian side.]]>