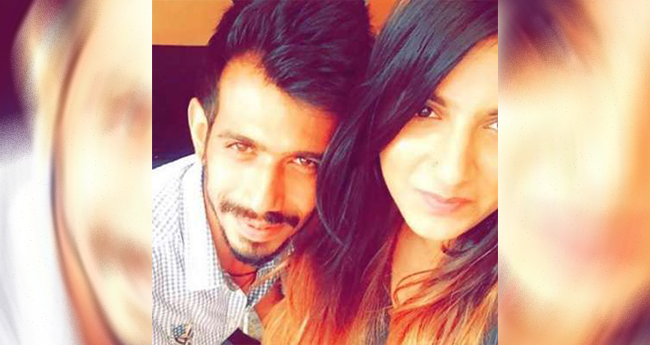 source of image Cricketers dating actresses is nothing new Bollywood has had its share of romantic liaisons between its actors and athletes. Be it the alleged love affairs that were never publicly accepted or the ones that went on to starry marriages, relationships like these have created quite a flutter in cinema buffs and cricket buffs. Such incident happened with India leg-spinner Yuzvendra Chahal, with conjectures galore that he is dating Tanishka Kapoor, who acts in south Indian movies, and they two are set to tie the knot.After reports of Indian cricketer Yuzvendra Chahal dating South Indian movie star Tanishka Kapoor became public, the leg-spin bowler has come out with a clarification that “Tanishka and I are just good friends” and that they are not getting married. Yuzvendra Chahal took social media site Instagram  and he gave the clarification on his relationship with Tanishka Kapoor  he wrote .”Hello everyone. This is a message that I thought to convey from my side that there is nothing going on in my life. I am not getting married to Tanishka and I are just good friends. It’s a request to all the media houses and my fans to stop spreading the news and making it viral. I hope you all respect my privacy and me, kindly stop the rumors. Please stop posting about my marriage which is completely baseless. Please verify before posting anything as such. Thank you. Love you all,” Chahal wrote on his Twitter handle.