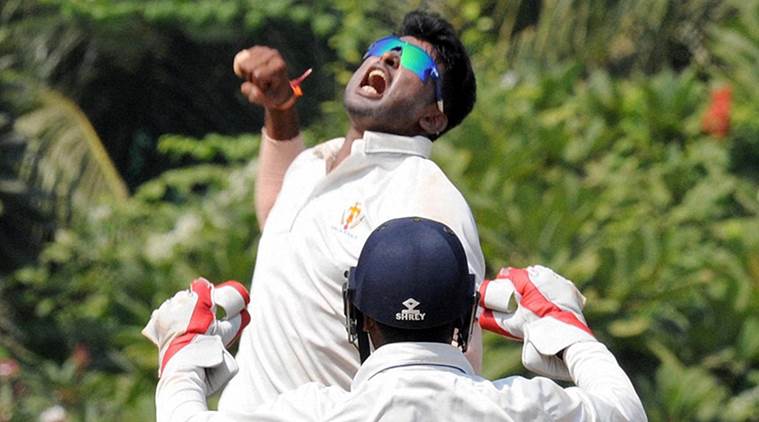 IPL 2018 Auctions: Who is Gowtham Krishnappa, and why he is most expensive uncapped player..? The Day 2 of Indian Premier League (IPL) Auction in Bengaluru produced a big surprise as 29-year-old Gowtham Krishnappa went to Rajasthan Royals for a whopping costof Rs 6.20 crores.Karnataka all-rounder Gowtham Krishnappa earned himself a massive payday on Day 2 of the Indian Premier League Player Auction, as Rajasthan Royals shelled out a whopping Rs 6.20 crore for him. Given that his base price was Rs 20 lakh, the 29-year-old hit a day dirt with a deal 31 times that value. Last season, Mumbai Indians bought Gowtham for Rs 2 crore. However, he did not make the playing eleven even on one occasion as the team captured its third IPL title. So far, Gowtham has played 27 T20s, scoring 310 runs at an average of 16.31 and a strike rate of 159.79. He has bagged 20 wickets at an average of 28.95 and an economy rate of 7.06. Gowtham became Rajasthan’s first buy on Day 2 of the auction. After a riveting first day of the mega-auction, the rosters of the eight teams more or less seems sound fishing out their choice of players from the event. Besides some striking bids, major upsets loomed over the event also. The second day so far witnessed recently capped Washington Sundar pocketing 3.2 Cr from Royal Challengers Bangalore. On the other hand, big guns like Alex Hales, Corey Anderson among others went unsold Kirshnappa’s professional career began when he was picked for the under-15 zonal tournament in Bangalore and he instantly rose to stardom by becoming the tournament’s second-highest wicket-taker. He made his Ranji Trophy debut for Karnataka in November 2012, against Bengal, and picked up two wickets, both in the second innings. The 2016–17 Ranji Trophy season saw Gowtham pick up two consecutive five-wicket hauls, against Delhi and Assam, bagging career-best figures of 7/108 against the latter. The team won both games. Following his heroics in Ranji Trophy, the player was bought Mumbai Indians team for the 2017 Indian Premier League season for 2 crores. The spinner from Karnataka made his List A debut for in the 2016–17 Vijay Hazare Trophy on 25 February 2017. In October 2017, he scored his maiden first-class century for Karnataka during the 2017-18 Ranji Trophy fixture again Assam. He possesses a good T20 record, having bagged 20 wickets in 27 matches at an economy rate of 7.06. He is also a more than handy hitter lower down the order, as suggested by his strike rate of 159.79, including two half-centuries. He has scored 579 runs at an average of 28.95 in T20 cricket and the all-round skills are possibly the reason why he drew so much interest from the franchises in the auction. The all-rounder has indeed received the biggest news of his career so far as he was bought for Rs 6.20 crores by Rajasthan Royals for the 2018 IPL season.]]>