Skip to content
General
Cannabis has already stopped working as a drug but has become a medicine and aphrodisiac. Most people know that weed helps people relax and relieve their pain. However, is sex drive under cannabis possible? That is the question crucial for many young and mature people dreaming about the trills and spills of sex and seeking new ways to realize their wild desires. 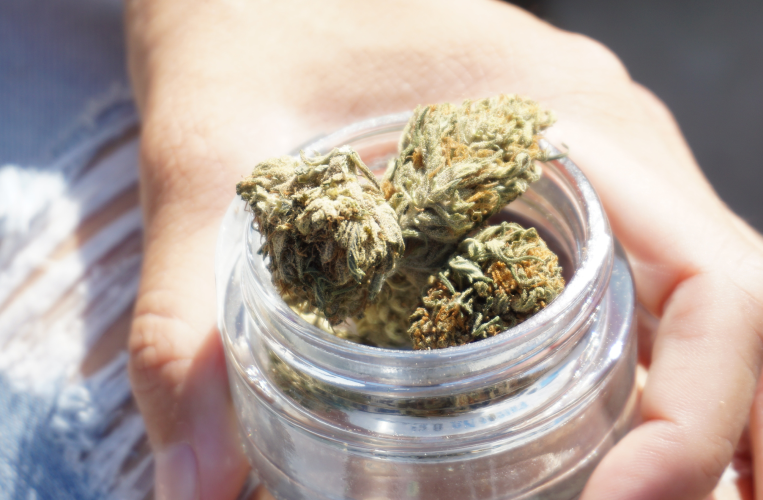 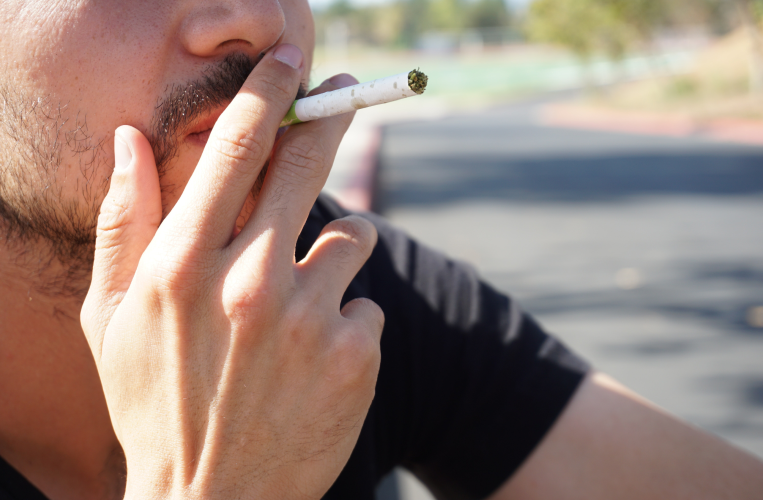 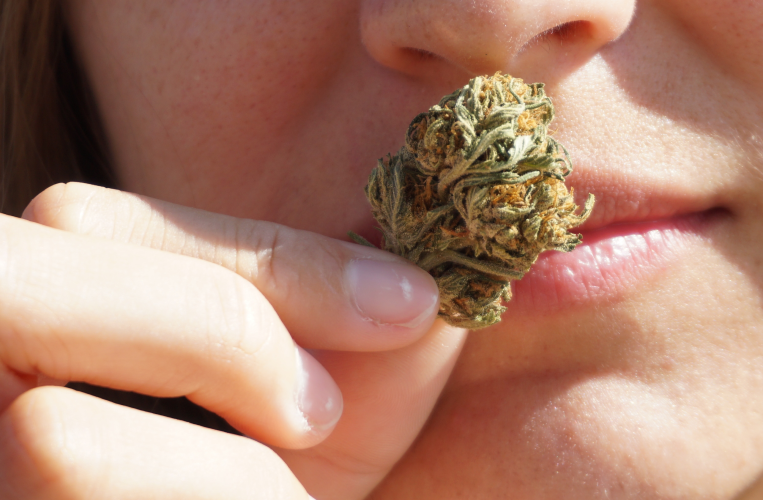 Marijuana in joints and other forms relaxes your mind and body, removing inhibitions and making you forget about prejudices and boundaries. Naturally, weed does not turn you into a sex machine. It simply lets your inner nature out, realizing all your secret fantasies that have been dosing inside like a dormant volcano. At the same time, ganja awakes libido that has been previously depressed. Many psychological and physical reasons can put you off sex, meaning constant business, stresses, family problems, diseases, social norms, and other factors. Thus, while seeking the answer, “why does weed make me horny?” remember that weed helps people neutralize their effect. Hence, cannabis is just a tool but not the end in itself.
Now, does weed make girls horny on a psychological level? In this case, marijuana’s influence is especially valuable. First, THC and CBD calm anxiety. The latter’s nature is different, from war PTSD to consequences of sexual assaults.
Contrary to popular opinion, not genitals are responsible for good sex. Instead, brains rock people’s intimacy and pleasures. However, people’s minds are often full of annoying toughs and ideas, making them continue discussions and prove tons of things to others and ourselves in minds. Thus, can weed make you horny under such circumstances? It turns out that it can. Cannabis increases oxytocin, responsible for emotional balance that contributes much to sexual satisfaction when making love with a partner or playing with yourself. In addition, it removes biases and barriers built by the influence of society, education, negative experiences, and traumas.
It is challenging to be excited for sex when you are in a foul mood or mentally unstable. Marijuana helps you remember the reasons for having sex with a particular person, your sexuality’s nature, desires, and real feelings.
The idea of enhancing sexual arousal and the intensity of orgasms by using cannabis is not new. The set of studies made in the 70s and 80s revealed that women using weed had better sexual experiences. Then, Saint Luis University School of Medicine and Centro de Investigaciones Celebrates in Mexico presented their report. It is based on surveys and scientific research from 1970 to 2019 that show women’s better sexual functioning after using weed. 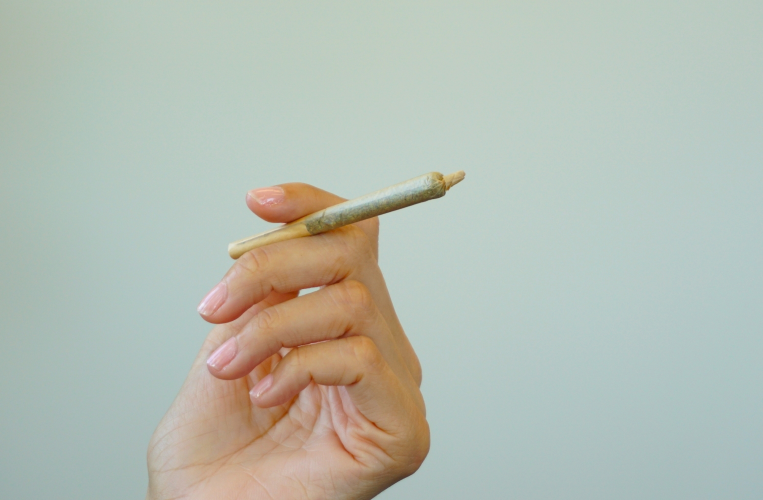 Which Weed Strain Makes You Hornier? 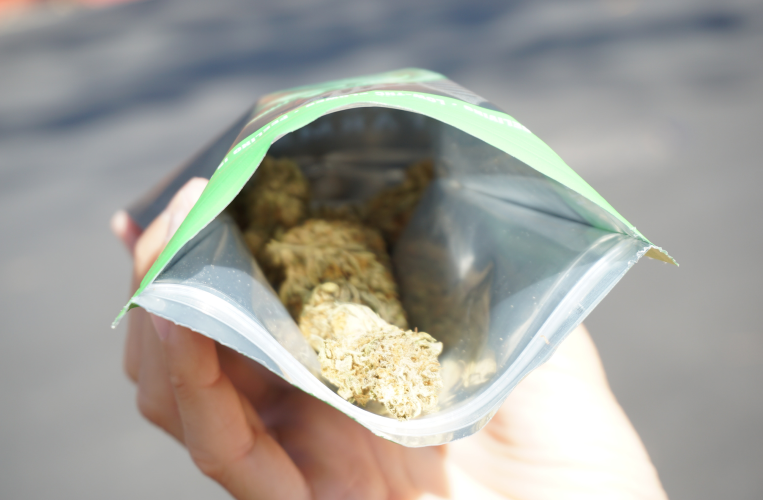 Sweeties are a Sativa-dominant hybrid with 22% of Tetrahydrocannabinol (THC) and zero Cannabidiol (CBD). This weed strain is famous for its positive impact on sexual arousal among people with weak sexual chemistry. Sweeties make your spirit higher and your thought positive, help you relax, and focus on intimacy without an effort.

The OG Kush hybrid includes 18% of THC. It has won users’ hearts and minds in the 90s and continues to hold leadership at many rates. The strain is valuable for those hunting extreme arousal and new impressions while playing intimate games in bed.

The Jillybean hybrid (16% of THC) is suitable for depressed men and women. Moreover, the strain boosts creativity and gives you the get-up-and-go you need for specific events to shine and impress others.

Strawberry Diesel (hybrid, 16% THC) is one of the best marijuana strains for sex that cause euphoria and very intensive arousal. It enhances emotional and mental health and removes painful feelings of memories connected with trauma or troubling events in the past. This weed does not make you too energetic and never causes insomnia. Hence, you can smoke at any time.

An 18% TCH hybrid Sherbert can quickly relieve stress and tension. It clams, making your head cool and your thoughts clean. In addition, it indirectly affects sexual function, allowing you to focus on intimacy and forget about problems. Thus, Sherbert is a rational solution for constantly busy people overloaded with work and business relationships.

Locktite, an 18-percent THC hybrid, is a good way of relaxation without harming your health. No matter how busy you have been during the day since Locktite removes fatigue and bad mood. It makes you aroused but not extremely energetic to violate your regime.

The Harlequin sativa contains 8% of THC and 5% of CNB. This combination is explosive, allowing you to skyrocket the ultimate pleasure. Moreover, its uplifting effect is widely known, making the strain popular worldwide.

Sour Diesel is a Sativa with 18% THC suitable for those experiencing pain during intercourse. This weed makes your body relaxed and flexible, removing soreness and physical discomfort.

The Flaming Cookies Indica (15% of THC) is relaxing and energizing. However, its soothing and painkilling effects prevail.
As you can see, hybrid, Indica, and Sativa strains are on the list of the best strains. There is no essential difference between those types except that hybrids feature more years of breeding.
Note that not only smoking is the only way to make cannabis work. In addition, you can use lubricants, vaginal suppositories, or massage oil. Those who prefer indirect and softer ways of spicing up their sexual lives may opt for candies or something edible like cookies or muffins.